Nevermore: Paris Trout, Perfect Phrases for Dealing with Difficult People, Eat Well and Get Lots of Rest, The Good American, When Justice Sleeps 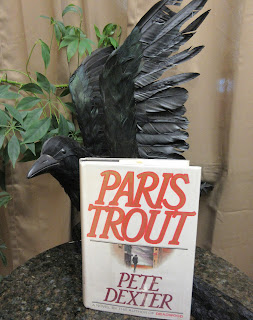 Paris Trout by Pete Dexter was our first book reviewed this week, and our reader loved it!  This historical novel takes place in 1940’s Cotton Point, Georgia where the titular Paris Trout is on trial for the murder of a local 14 year old Black girl.  Privileged, White, indifferent, and descending into madness, Paris is a deeply warped man who thinks he did nothing wrong in the shooting death of Rose, his victim.  Told from multiple view points, including that of Rose, this book has a little mystery, a whole lot of South, and is a darkly entertaining page turner.

Perfect Phrases for Dealing with Difficult People:  Hundreds of Ready-to-Use Phrases for Handling Conflict, Confrontations and Challenging Personalities by Susan Benjamin has become a go-to book for one of our readers.  While this book is written for and targeted to businesses, our reader stated that the lessons and phrases in this book are absolutely useful in personal interactions with difficult relatives as well.

Eat Well and Get Lots of Rest:  Wolfie’s Guide to the Good Life by Wolfie Maine Coon and Michael McGaulley is a cute, fluffy (no pun intended) book written from a pampered cat’s perspective.  Our reader said that this humorous look at the good life from the viewpoint of a housecat who has it all is truly aspirational.  Who wouldn’t want a house full of servants to feed you, pet you and cater to your every whim?! 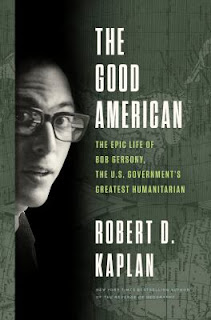 The Good American: The Epic Life of Bob Gersony, the U.S. Government’s Greatest Humanitarian by Robert Kaplan was what our reader called “a fascinating look at a man who tirelessly worked behind the scenes for the betterment of the world” on behalf of the U.S. government for four decades.  Quiet and unassuming, Gersony was a high-school dropout who was awarded the Bronze star for his service in Vietnam.  He went on to work with the State Department and did on-the-ground research in war-torn areas all over the world, gathering information and getting into places that diplomats could not, or would not.  Risking his own life multiple times, Gersony worked to bring aid and understanding to refugees and victims of wars wherever he went. 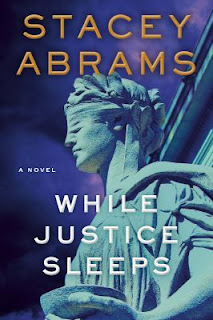 While Justice Sleeps is a new novel by nationally renowned politician and political activist Stacey Abrams. This taut thriller follows Avery Keene, a young law clerk for the legendary Supreme Court Justice Howard Wynn.  When Wynn falls into a coma, Keene has to untangle the secret web of lies, deceit, corruption and power that Wynn has been researching – all without getting herself killed.  Our reader says that this is a very well written book that is hard to put down.

The Sisters Brothers by Patrick DeWitt

Return of the Witch by Paula Braxton

A Year in Provence by Peter Mayle

Geniuses at War: Bletchley Park, Colossus, and the Dawn of the Digital Age by David Price

A Moveable Feast by Ernest Hemingway

The I Hate to Cook Book by Peg Bracken