As reported by Abby

We had a great turnout this week for the Nevermore Book Club! There was a wide variety of books to discuss as per usual. 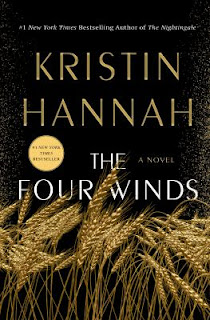 We began with Kristin Hannah’s newest novel, The Four Winds. This book is set in 1934 Texas during the Dust Bowl era and the Great Depression. The story follows Elsa Wolcott as she struggles to overcome poverty as a single mother after her husband has left her. Elsa has an enormous decision to make. Should she move out west to California in search of a better life (and cleaner air) for her son? Or should she remain in her hometown and tough it out until things improve? Our reader commended Hannah’s use of character development and emotion to drive the story forward. It may not be the happiest of subjects, but the novel is in the distinct Kristin Hannah style that readers have come to love. 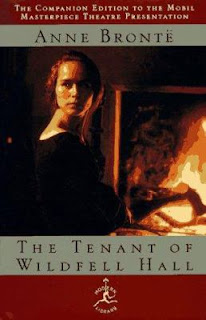 Our next reader reviewed The Tenant of Wildfell Hall by Anne Brontë, the youngest of the Brontë sisters. This classic novel was written in 1848 and was published under the pseudonym “Acton Bell.” The reader mentioned that Charlotte Brontë had attempted to hide this book from the world after Anne had passed away due to its considerably “profane” content. Protagonist Helen Huntingdon has chosen to leave her alcoholic husband for the sake of protecting her child from his abuse. She flees to Wildfell Hall with her son in tow where she meets another man who falls in love with her. The reader was highly impressed with this novel, especially with Brontë’s ability to describe the ruinous effects of alcoholism on a family. 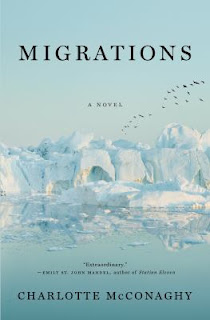 Migrations by Charlotte McConaghy was the next book in line. The reader only had positive things to say about this moving, fictional tale exploring the migration patterns of endangered Arctic terns, and a woman’s yearning to leave her troubled life behind to follow them to Antarctica. “The story was so compelling that I couldn’t put it down. It’s the best book I’ve read in years!” exclaimed our reader to the astonished room of book lovers. The reader also complimented the author and knew that McConaghy will have great things in store for the future. 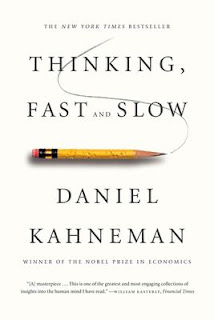 The following book discussed was Thinking, Fast and Slow by Daniel Kahneman. Kahneman is an Israeli-American psychologist and also a Nobel Prize winner in Economics. He wrote this book to document his analysis of the human brain. He splits our way of thinking into two systems. One system is faster and more intuitive, while the other system requires slower processing and is more deliberate. The reader found this book to be quite informative and engaging. Their only regret was wishing they had read it sooner.

When A Stranger Comes To Town by Michael Koryta et al.
True Crime Case Histories Volume 4 by Jason Neal
The Tea Girl of Hummingbird Lane by Lisa See
The Phone Booth at the Edge of the World by Laura Imai Messina
Hanged Man by Orson Scott Card
Brief Cases by Jim Butcher
A Map of the World by Jane Hamilton
Sold on a Monday by Kristina McMorris
The Sweetness of Water by Nathan Harris

Imperial Woman by Pearl S. Buck
Paris Trout by Peter Dexter
Last Bookshop in London by Madeline Martin
On Juneteenth by Annette Gordon-Reed
The Underground Railroad by Colson Whitehead
To Be Taught, If Fortunate by Becky Chambers
The Ride of Her Life: The True Story of a Woman, Her Horse, and Their Last Chance Journey Across America by Elizabeth Letts
All That She Carried: The Journey of Ashley’s Sack, a Black Family Keepsake by Tiya Miles
After the Fall: Being American in the World We’ve Made by Ben Rhodes
The Plague Year: America in the Time of Covid by Lawrence Wright
Homegrown Humus: Cover Crops in a No-Till Garden by Anna Hess
Kin: A Memoir by Shawna Kay Rodenberg
Posted by BPL Ref at 10:00 AM