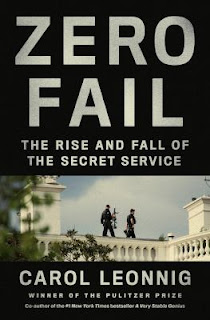 We started off this week with the unflinching history of the Secret Service. Zero Fail is the New York Times best-selling expose by Carol Leonnig that documents the rise and fall of the Secret Service, from its inception during the Civil War to the January 6, 2021 insurrection at the nation’s Capitol. Hubris, ego, and machismo, as well as administrative negligence were the main failing points that our reader identified as the Achilles heel of the Service. Fascinating and frustrating in equal measures, our reader said that this look at the agency tasked with protecting the members of the highest offices in the nation (and who do so sometimes by sheer dumb luck) is an excellent read and recommends it to anyone wanting a look “behind the curtain” of how our government works. 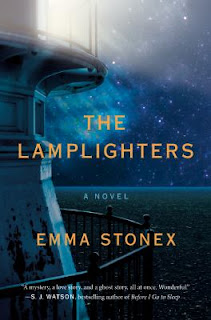 The Lamplighters by Emma Stonex is a novel inspired by the true-life disappearance of three lighthouse keepers in the Outer Hebrides in 1900. Re-imagined and set in Cornwall in 1972, the keepers have disappeared from a lighthouse locked from the inside. A table was set for a meal (for two, despite there being three keepers) that was never eaten, all the clocks stopped at 8:45 PM, and the keepers’ log stated that a storm had been raging, even though the weather was clear. Twenty years on, an author visits with the wives of the vanished to try to solve the mystery, exposing and untangling many lies and truths. Our reader found this book to be really interesting and highly recommends it to anyone who likes a mystery along with their historical fiction.

Published in 1955, The Curlew’s Cry by Mildred Walker spans three decades in the life of Pamela Lacey and her ranch on the prairies of Montana. Third generation rancher Pamela is a self-sufficient, headstrong woman who has her sights set on a horizon beyond the ranch. Marrying a rich Easterner, she quickly finds out that marriage is not what she hoped it would be. Returning to her home, Pamela takes over her father’s ranch (uncommon in the early part of the last century) and sets about living life on her own terms. Our reader found this to be a fascinating look at life on the prairies during the tumultuous times between 1905 and 1941. This first-person viewpoint provides not only a feminist look at social structures of the time, but a beautifully written examination of the harsh living conditions on the prairies. Our reader really loved this book and states that the true beauty of the book is the descriptions of the land and people of Montana. 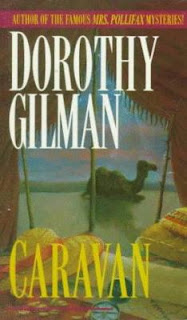 Caravan by Dorothy Gilman takes us to the Sahara Desert in 1914. Caressa is a beautiful young British woman widowed before the age of 20 with the murder of her anthropologist husband. Taken as a slave by Tuareg tribesmen, she must use her wiles and survival instincts, as well as skills she gained growing up in a travelling carnival, to make her way back to Cairo and then home. Our reader says that this 1995 novel is definitely      worth reading, and that it may well be better than Gilman’s popular Mrs. Pollifax series.

The Red Badge of Courage by Stephen Crane

Atlas Obscura: An Explorer’s Guide to the World’s Hidden Wonders

The Dressmaker of Khair Khana by Gayle Tzemach Lemmon

The Toymakers by Robert Dinsdale

The Maidens by Alex Michaelides

Parnassus on Wheels by Christopher Morley

Three Words for Goodbye by Hazel Gaynor and Heather Webb

The Reckoning: Our Nation’s Trauma and Finding a Way to Heal by Mary L. Trump

Clap When You Land by Elizabeth Acevedo 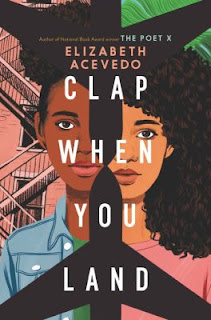 Camino and Yahaira are only two months apart in age but lead very different lives in two different countries.  In the Dominican Republic, Camino does healing work with her mother and swims in the ocean in her free time. She is only able to afford school with the money her father leaves her family but dreams of going to medical school in the United States one day.  Meanwhile, in New York Yahaira has a caring girlfriend and loves to play chess competitively. She never has to worry about money.  Camino and Yahaira do have one thing in common, though:  they each love their papi, their father, very very much.

And it’s the same papi.  Yes, he has two families, but neither daughter knows. Other family members do know, but they had decided not to tell the girls to avoid having them view their papi in a negative light.

Then Papi dies in a plane crash on his way from New York to the Dominican Republic to visit Camino’s family. First there is the shock of losing their beloved papi, followed by the shock of learning about his double life.  The girls feel confused and betrayed by their families for hiding such a huge secret. They are also jealous of each other and begin to question why papi chose to travel so often. Who did he really love more?

Clap When You Land showcases the development of grief and familial bonds. Acevedo’s powerful way with words has resulted in a beautifully narrated Young Adult novel that will appeal to adult readers as well. Acevedo was a slam poet before she began writing books. She chose to write this novel in poetic free verse, which makes for a lighter read. It is astonishing to me how she was able to capture the emotions within this story so easily with her use of poetry. I finished it quickly even with its 432 page count!

(Not so fun) fact: This plane crash was actually based on a true event. On November 12, 2001, American Airlines Flight 587 was set to travel from New York to the Dominican Republic. The plane ended up crashing before it departed the city and left no survivors. This was a significant date in Dominican and American history that was unfortunately overshadowed by the events of 9/11 once people learned it was not caused by a terrorist attack.

I would highly recommend this book, especially because of its tie in with the true historical event. I had not heard about the Flight 587 plane crash until after reading Clap When You Land, even though it was a truly monumental incident in U.S. history. 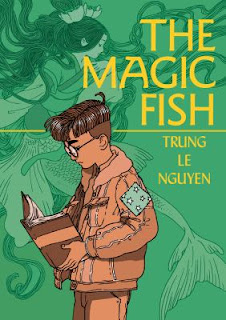 Tiến loves fairy tales.  For him, reading fairy tales isn’t just a way to pass time, it’s a common language that helps to unite him and his parents, who are both Vietnamese immigrants living in America.  Fairy tales are a lifeline, a way to connect, when he feels like his parents can’t understand him or what he’s experiencing.  For Tiến and his mother, Helen, fairy tales are a bridge to bring together their stories, a road map to help them find their own happily-ever-after.

I picked up a copy of The Magic Fish by Trung Le Nguyen at my local used bookstore, because, I’ll admit, I was smitten by the cover.  I loved the imagery of the mermaid and the jewel-bright, vibrant green color of the cover.  More importantly, after flipping through the first few pages, I knew I couldn’t possibly leave without it, because the illustrations were beautiful.

I instantly fell in love with Nguyen’s graphic novel:  I loved the characters and the story and the artwork and the color scheme—oh, I adored the colors in The Magic Fish.  I especially enjoyed how the author used color to distinguish between the different parts of the story:  purple/blue panels for fairy tales; yellow for Helen’s stories (the past); and pink/red for Tiến’s stories (the present).  It gave the book a clarity I liked.

I also appreciated how Nguyen used each fairy tales to reflect the individual experiences of the characters.  For instance, when Tiến shares the story of Allerleirauh, the artwork is decidedly more westernized, because he grew up in America; when Helen learns the story of Tấm and Cám and, finally, shares the Little Mermaid, it leans heavily on Vietnamese styles.  It was a lovely detail, I thought.

Although the artwork is a critical element of The Magic Fish, the storytelling helps to make this graphic novel truly wonderful.  I loved how the author weaved together separate stories—Helen’s memories, Tiến’s experiences, their shared fairy tales—into one cohesive book, and I enjoyed seeing how the fairy tales were able to bring Tiến and Helen closer together.

It was so heart-warming and lovely and beautiful—and, honestly, I don’t think I have enough good things to say about this book.

We had a great mix of historical fiction, thrillers, fantasy and non-fiction brought to the table and Zoom screen this week!

Secret Sisters by Joy Callaway is a fictionalized look at the founding of the first sororities in the United States. In 1881 Illinois, sophomore Beth Carrington is the sole female student in the physician program. Determined to start a fraternity for women, Beth faces withering sexism from both her fellow students and the college itself. Turning to the head of the most powerful fraternity on campus, Beth puts her career and that of others on the line in order to get the recognition and standing taken for granted by the male-oriented fraternities. Our reader thought that this captivating story about trail-blazing women was very well written and informative, and she highly recommends it. 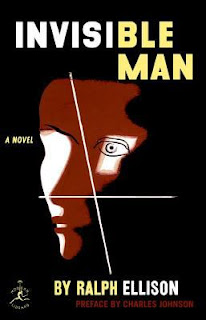 Our next reader took on Invisible Man by Ralph Ellison. Set in 1927 and first published in 1952, this book addresses many of the racial issues faced by African Americans in the early part of the 20th century, and is now widely recognized as an American classic and one of the most influential novels of the past century. The story revolves around an unnamed Black man who recounts his life in both the South and in Harlem, and the struggle for Black identity, autonomy and equality. Our reader was impressed and touched by this novel and states that even though it is 70 years old, many of the themes and struggles in it are still relevant today. 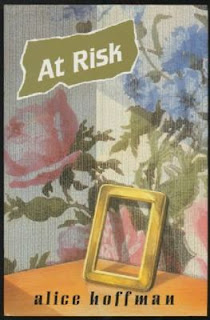 At Risk by Alice Hoffman tells the story of Amanda, an 11-year-old girl who contracts HIV from a blood transfusion. Written in 1988, before the time of the drugs that can keep HIV in check, this novel portrays the fear and resulting hostility from Amanda’s small town community when her illness becomes public. Our reader praised Hoffman’s elegant prose, and stated that that even though HIV/AIDS is viewed much differently now, fear, grief and ignorance are universal emotions and so this book remains relevant today. 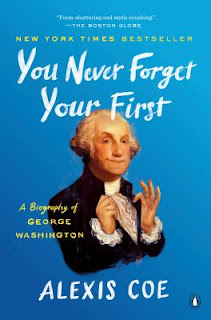 You Never Forget Your First by Alexis Coe is an irreverent but extremely well researched look at the life and times of George Washington. Our reader said that this book is not only extremely funny, but that it takes George Washington off of the pedestal that he so often fought against, and re-casts him as a real-life person whose life happened to be world-changing. She noted that this book provides great historical information without being dry and clinical – quite the opposite as it made her laugh out loud multiple times.

Dog On It by Spencer Quinn

Someone We Know by Shari Lapena

The Border of Paradise by Esmé Weijun Wang

Where the Dead Sit Talking by Brandon Hobson

The Removed by Brandon Hobson

The Wind in the Willows by Kenneth Grahame

Subtle Acts of Exclusion by Tiffany Jana and Michael Baran

Fallout: The Hiroshima Cover-Up and the Reporter Who Revealed it to the World by Leslie M.M. Blume

Zero Fail: The Rise and Fall of the Secret Service by Carol Leonnig

The Wonder Boy of Whistle Stop by Fannie Flagg

Tapestry of Fortunes by Elizabeth Berg

When I Fell from the Sky by Juliane Koepcke

How to Raise an Elephant by Alexander McCall Smith