The Kissing Game by Marie Harte 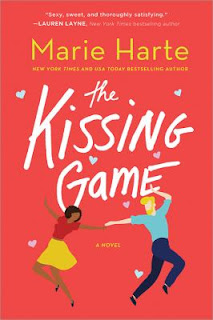 Rena Jackson is looking for a forever kind of love.  She’s a diehard romantic and she wants to find her happily-ever-after with Mr. Right.  She wants roses, romance, marriage—the whole nine yards.  Axel Heller wants to give her that and more, but he’s terrified of hurting her—and he’s even more terrified she’ll move on to find someone else.  To catch her, he’ll appeal to her romantic side:  if he can give her the perfect kiss, she’ll agree to a date…and then, he hopes, many more.

The Kissing Game by Marie Harte had a lot of promise at first glance.  I kind of enjoyed the earlier novels in the series and I liked the cover, so I thought I would give it a chance, but, unfortunately, Harte’s latest novel fell flat for me.

I actually liked the characters when I met them in previous novels.  I liked how dedicated and driven Rena was, and I appreciated how reliable and—well, not exactly friendly, but trustworthy Axel seemed.  I was pretty excited to see how their relationship would grow, except it never felt like it did.  It never seemed like they had any real chemistry and, truthfully, their entire romance felt a little rote.

There were parts that were cute and parts that were absolutely, mortifyingly hilarious, but almost everything about them seemed slightly bland and unimpressive.  Harte seemed to draw on many of the same tropes that were in her earlier novels and, rather than pull out something new, she drew on tried-and-true, which made The Kissing Game seem boring.

The novel also didn’t feel like it had a real plot.  I mean, sure, Axel deals with his emotional baggage and Rena works furiously to make her dreams of owning a hair salon come true, but it never seemed terribly substantial.  For me, it just didn’t hit any of the right notes to make it memorable.

I’m not saying it was a bad novel:  it was fun, but it was mostly fluff and it just didn’t have as much substance as I would have liked.  Mostly, I feel like the author was simply rounding out the series, so, at that point, I think we were both tired of it and ready to move on.

A Psalm for the Wild-Built by Becky Chambers 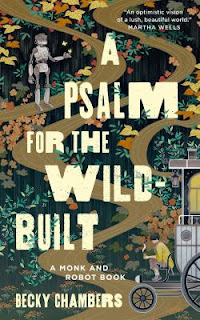 Since the Great Awakening, people and robots have gone their separate ways. Upon attaining consciousness, robots chose not to remain in servitude in the factories. In turn, humans simplified their lives in order to accommodate the removal of automation from production. The factories grew silent, and the robots disappeared into the protected wilderness of Panga.

Sibling Dex feels a pull to move beyond the walls of the Meadow Den Monastery, to discover a new vocation, to simply get out of the City. Dex decides to become a tea monk, a disciple of the god Allalae. Dex drives their electric ox-bike from town to town along carefully designed routes, pouring others tea and providing an hour of respite at a time. Letting others lay their burdens down, and serving other people fills a need in their soul.

But is it enough?

On a trek into the wilderness seeking solitude, or perhaps just to hear the song of near extinct crickets, Dex suddenly comes face to face with a….thing. The thing is vaguely human shaped, but encased in grey metal panels, with glowing blue eyes, and it towers over Dex. It’s been centuries, but the robots have decided to take the humans up on the Parting Promise of always being welcome, and to check in to see how things are going.

The ensuing adventures of a human tea monk and a robot called Splendid Speckled Mosscap are so very, very delightful. Both had heard about the existence of the other type of lifeform, but they really had no idea what to expect from each other, or if perhaps the stories of the other were simply urban legend. As they together go deeper into the wilderness, Dex and Mosscap discover more about each other and about themselves as well.

Becky Chambers has a talent for building worlds and populating them with unique and interesting characters. This short novel had me bursting into laughter at some of the interactions between Dex and Mosscap. This title is billed as “Monk and Robot #1” so I certainly hope that the series will bring many more adventures for we humans here on Earth to share.

*A Psalm for the Wild-Built is available as an ebook and audiobook via Tennessee READS, and will soon be ready to pick up on the BPL new fiction shelves.

Nevermore: The Burning, When I Fell From the Sky, A Piece of the World, Night Fall 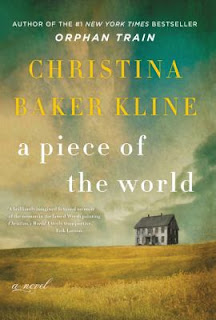 This week Nevermore leaned heavily into non-fiction books, spanning the 1920s to the late 1990s, with a sprinkling of poetry and fiction stirred into the mix.

A Piece of the World by Christina Baker Kline was our first reviewed book. This historical fiction is based on the life of Christina Olson, the inspiration for the iconic Andrew Wyeth painting “Christina’s World,” now widely considered one of the foremost paintings of the mid-20th century. Christina Olson lived a very austere life on a dilapidated farm in Maine. Disabled due to a degenerative muscular disease, she nevertheless continued to run the family farm with an iron will and unending fortitude. Refusing to use a wheelchair, Christina crawled to get around town. Wyeth met her when she was in her early 50s, and immediately made himself at home on her farmstead, turning two of the upstairs rooms into his painting studio. Kline takes the bones of the historical record and fills out the inner life. Our reader found this to be a very well written and intriguing novel about the subject of one of the most famous American paintings of all time. 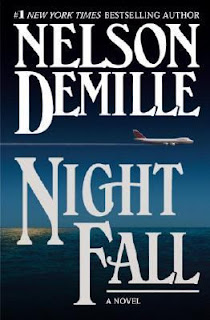 Night Fall by Nelson DeMille was up next. This also happens to be a fictionalized re-telling of a true story – the crash of TWA flight 800 off the coast of Rhode Island in 1996. DeMille uses the crash and the many coincidences around it as the skeleton of this taut, fast paced thriller in which Elite Anti-terrorist Task Force Agents John Corey and Kate Mayfield search for clues to the crash and discover a cover-up and corruption reaching to the top levels of the FBI. Our reader liked this book and pointed out that it is a great summer read. 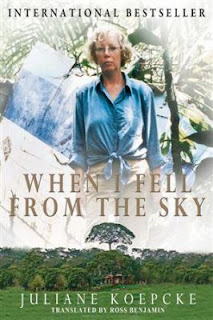 When I Fell from the Sky: The True Story of One Woman’s Miraculous Survival by Juliane Koepcke is an autobiographical account of surviving a plane crash.17-year-old Juliane was on a flight from Lima to Pulcallpa in Peru when the plane flew directly into a thunderstorm and was ripped apart. Tumbling from the sky into the jungle below, Juliane was the only survivor out of 92 passengers and crew. Injured and alone, she fought her way through the jungle for an astonishing 11 days with no supplies or medical care. Our reader was amazed by the tenacity and ingenuity shown by a 17-year-old fighting against the odds to survive in an environment that would easily kill her had she not kept her wits about her. Juliane used knowledge learned from her scientist parents to survive in the rough jungle terrain. Our reader says that this true-life story is a real page-turner and highly recommends it. 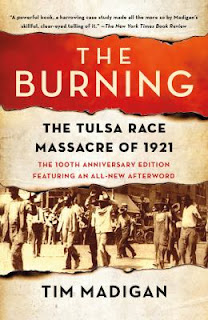 Another true story, but one with much more sinister overtones was The Burning: The Tulsa Race Massacre of 1921 by Tim Madigan. On June 1, 1921 a white mob attacked and destroyed the Greenwood division of Tulsa, Oklahoma, then known as Black Wall Street. The official number of dead is 100, but unofficial estimates are as high as 300. The massacre has mostly been erased from the remembered history of the United States, but recently it has been returned to the spotlight with such books as this one by Madigan, as well as a number of investigations. To date, the massacre remains the only time that bombs have been dropped on American citizens on American soil. Our reader was infuriated and saddened by this book, all the more because this part of history was never taught in schools and was hidden for so long. She highly recommends The Burning to anyone who wants to know more about the erased history of the United States.

The Buses are A Comin’: Memoir of a Freedom Rider by Charles Person and Richard Rooker

The Hiding Place by Paula Munier

The Angel Makers by Jessica Gregson

White Rage: The Unspoken Truth of Our Racial Divide by Carol Anderson

The Lost Apothecary by Sarah Penner

To Be Taught, If Fortunate by Becky Chambers

Finding the Mother Tree: Discovering the Wisdom of the Forest by Suzanne Simard

Reflections in a Clockshop by Nell Maiden

How Stella Learned to Talk: The Groundbreaking Story of the World’s First Talking Dog by Christina Hunger

Cosmic Queries: StarTalk’s Guide to Who We Are, How We Got Here, and Where We’re Going by Neil deGrasse Tyson and James Trefil

Razorblade Tears by S. A. Cosby

Writers:  Their Lives and Works by DK and James Naughtie