A Spoonful of Sugar? 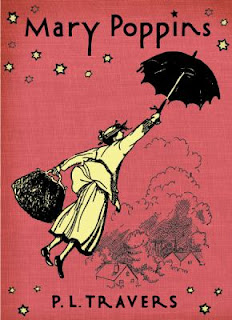 Before she was P.L. Travers, she was Helen Lyndon Goff.  She was born in Australia in 1899, the daughter of Margaret and Travers Goff.  Her father, an alcoholic, died when she was young; Lyndon (as the family called her) moved with her mother and sisters to New South Wales where a great aunt supported them. She immigrated to England in 1924 to continue her budding career as an actress, and changed her name to Pamela Lyndon Travers.  She had some success in writing articles for newspapers to help support herself, but true success arrived in 1934 when she published Mary Poppins, the first novel in what would become a series.

Despite the old fashioned feel of her books, Travers was in many ways a woman ahead of her time.  She was fascinated by myth and religion; she studied Zen in Japan and lived with the Navajo in Arizona for a time.  She was friends with a number of Irish writers, including William Butler Yeats. Though she never married, she adopted one of a set of Irish twins to raise as her son—a fact that the boy didn’t know until his identical twin showed up 17 years later. She was considered “prickly” and difficult by some, though others would see her as fiercely independent, and an artist trying to protect her work.

Walt Disney pursued her for years, trying to get the rights to make a film out of Mary Poppins, which was a favorite book of Disney’s daughters.  Travers was unimpressed by Disney’s films, feeling that they were too sentimental and lacked depth.  She finally agreed to sell the rights to her book, but stipulated that she have script approval. Unfortunately for Travers, she did not have final approval over the film. While the movie’s success provided a great deal of financial support, she was devastated over the movie itself.  She abhorred the animation, thought the actors were ill-suited (Julie Andrews was far too pretty to be her Mary Poppins), and again that the production was far too sentimental.  At first she was not even invited to the premiere, but managed to attend. She told writer Jerry Griswald that when she left the screening she was crying. 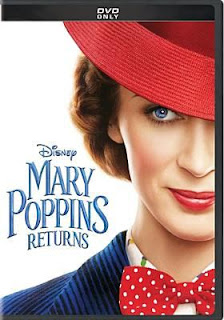 She never authorized another film of her books and only grudgingly agreed to a stage adaptation, stipulating than no one who worked on the Disney film could have anything to do with the play.  She also demanded that only British writers work on the script, though she did allow some of the songs from the movie to be used.  ”Saving Mr. Banks,” a 2013 film with Tom Hanks as Walt Disney and Emma Thompson as Travers, is about Disney’s attempts to make the Mary Poppins movie; it’s notable that the film wasn’t done until after Travers’ death or else there is no doubt that she would have had a lot to say about it.  However, some of those involved in the deal are still living, notably Richard Sherman who, with his older brother Robert, wrote the songs for that movie and several others.  In “Saving Mr. Banks,” there are scenes re-creating the way the Shermans tried to win Travers over with their songs.  It did not go well, either in the film or in real life and Richard Sherman still shudders at the memory of trying to work with Travers. In the end, two of the five Academy Awards given to the film were for musical score and best original song. 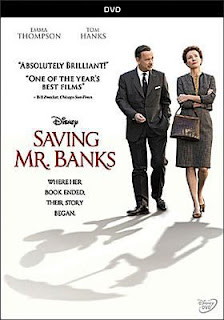 There are eight books in the Mary Poppins series, with the last one being published in 1988.

Some of the sources consulted: