Romance on the Range

Janet Dailey became an author after her husband challenged her to prove she could write a better book than the ones she had been reading.  She rose to the challenge and sold her first book to Harlequin in 1976.  At that time, Harlequin romances were all set in Europe or exotic locales; Dailey was the first American author to be signed to the imprint.  She went on to write over 90 books, many of which were set in the American West—also a first.  Before Dailey, the image of a Western was almost solely male, with the occasional homesteader’s wife, saloon girl, or school marm thrown in.  Her books featured strong, independent women and contemporary settings that struck a chord with her readers:  estimates of her book sales range between 100-300 million. 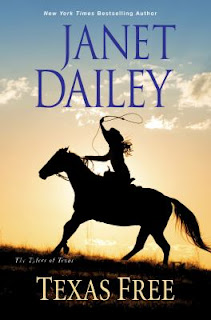 In the meantime, another author tried to sell a book to Harlequin but was rejected because “they already had an American author.”  Nora Roberts sold her first book to Silhouette instead. 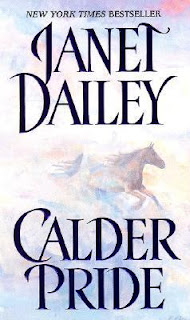 Dailey is probably best known for her eleven book series featuring the Calder family and for her 50 book Americana series, which featured a book set in each one of the 50 states. 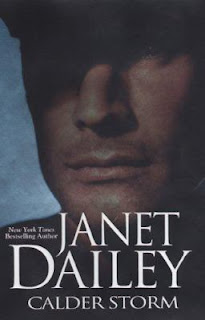 In 1997, Dailey was accused of plagiarizing from Roberts.  She admitted it, and two of her books (Notorious and Aspen Gold) were pulled by the publisher for “trademark infringement.”  She paid an undisclosed amount which Roberts said she would donate to literary causes.  Dailey blamed her actions on being under a great amount of stress caused by her husband’s surgery.

Dailey passed away in 2013 from complications of heart surgery. Books continue to appear under her name, however; a reply posted on Facebook to a questioner says that the books are being written by an author Dailey had mentored who is working from notes and outlines left by Dailey.