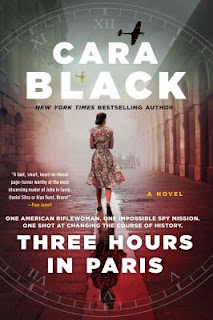 The novel Three Hours in Paris by Cara Black is set during World War II and covers the mysterious three hours that Hitler spent in Paris, never to return.  The main character, Kay, is a markswoman from Oregon living in the UK.  After a Nazi attack kills her husband and child, she is recruited to kill Hitler.  Airdropped into Paris armed with only rudimentary instructions and a rifle, Kay misses Hitler, and the whole plan unravels.  Kay is on the run and must escape France if she is ever to reach home.  This historical thriller was recommended by our reader.

Oliver is the widowed father of three sons and is looking for a housekeeper/cook to help the family on their Montana prairie homestead when he spots an intriguing ad which promises an exceptional housekeeper who “can’t cook, but doesn’t bite.”   Oliver spends a lot of money to bring Rose out West and when she shows up with her brother Morris is in tow.  Thus begins Ivan Doig's The Whistling Season, a humorous tale of eccentrics, institutions and life on the prairie at the turn of the last century.  Our reviewer says this is a book for anyone looking for funny and well written fiction. 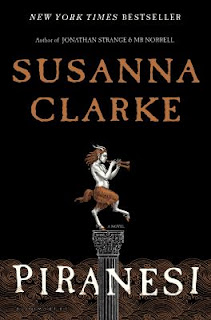 Next up was one of the weirdest books our reader has ever tackled: Piranesi by Suzanna Clarke, the author of Jonathan Strange and Mr. Norrel.  This dark fantasy was proving hard for our reader to get through. Written as the diary of our narrator, called Piranesi (though that may not be his name), this surreal story is about a man living in an infinite building lined with statues and containing an ocean.   There are scratches all in the building, and the man thinks this building is the entirety of the world.  There is only one other person in this world, The Other, a man who shows up in a suits and ties and asks Piranesi questions and asks him to do things.  Our reader was not finished with the book but was not sure what the point was supposed to be. 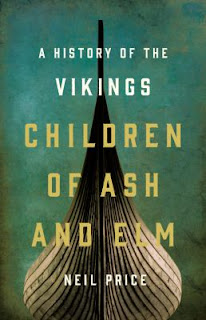 Children of Ash and Elm: The History of the Vikings is by Neil Price, a professor at University of Upsalla. This book is described as a definitive history of the Viking age, from 750 – 1050 CE and covers the diaspora of the Vikings both westward and eastward and south to Istanbul.  The Vikings were not just raiders, but also traders, colonists and slavers whose impact reached from Eastern North America to the Asian steppe.  Our reader was fascinated by this book and it made her wonder what knowledge of these people has been lost to history.

King University had a celebration of the 40th anniversary of the publishing of Godric, a Frederick Buechner book which was a runner-up for the Pulitzer Prize in 1980.  Buechner is an educator, theologian, and writer who has authored thirty six published books.  Godric is about a 12th century Saint (Godric of Finchale) who lived the first part of his life as a scoundrel and the last half of as a hermit.  Our reader loved this book, particularly as it is written as if from 12th century, and is in iambic pentameter.  Our reader can’t see a general audience liking it but she loved it.

True Crime Case Stories:  12 Disturbing True Crime Stories by Jack Rosewood is the first volume of a 4 volume set captivated our reader. Every story is interesting, every story is true and the mystery always gets solved.  If you like Forensic Files, you will love this series, according to our book club member. 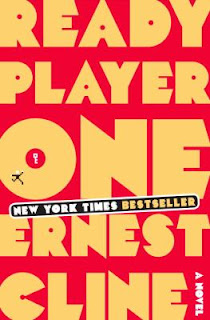 In the dystopian novel Ready Player One by Ernest Cline the world has undergone an economic collapse, making reality a dreary place to be.  Wade, the main character, is a teen who mostly lives his life in The Oasis, a completely immersive internet world/game that uses 1980s culture as its basis.  James Halliday, inventor of the Oasis, has died and has left his massive fortune to whoever can find the “Easter Egg” in The Oasis. When Wade finds a clue, he becomes a world-wide celebrity—and target.  Our reader found it to be a lot of fun and is looking forward to the second book, Ready Player Two.