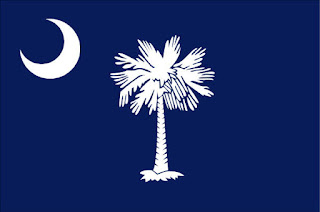 The Low country of the South has been the setting of choice by a bunch of authors over the last ten years or so. Rich with Southern tradition and legend the area  offers Dorothea Benton Frank, Katherine Wall, Mary Kay Andrews, and Carolyn Hart—among many other authors—a great setting for mystery, romance, and crazy families. Susan M. Boyer’s Lowcountry Boil adds to the genre in a very good way. A first novel, Lowcountry Boil is a lively read with both appealing characters and enough plotting to keep you guessing until the end.  Hopefully Ms. Boyer will use this as a jumping off point for a series of books featuring this crew of characters.

Boyer’s main character is Liz Talbot. Liz’s family has always been on Stella Maris, an island just off the South Carolina coast. Led by her grandmother Emma they have helped protect the island from over-development and commercialization. Liz believed she would marry Michael Devlin—scion of another island family—and live happily for the rest of her life on her island paradise. Then, Michael betrays her and she flees the island to try and forget her first love. Liz marries then divorces when she is again betrayed by her conniving husband, but she does find a career she loves. She and her former brother-in-law set up their own detective agency. Liz discovers she is very good at being a detective and handsome Nate--the former brother-in-law –-is a great friend and all-around great person. While she misses her family and she still pines for Michael, Liz is happy with her job and life. In the middle of big case Liz’s sister Merry calls and tells Liz Emma is dead. For Liz that means returning to Stella Maris, reuniting with her crazy family, and finally confronting her lingering feelings for Michael.

The whole Talbot family is, as we say in the South, a hoot. Merry manipulates Liz unbearably using her little sister status to maneuver Liz frequently and easily. Mama is the proverbial Steel Magnolia no one crosses, and Daddy is slick as either just a good ole boy or sly as a fox businessman. Much put-upon big brother Blake is the Chief of Police of Stella Maris and he is not thrilled his younger sister has returned to embroil herself in his investigations. When Liz realizes her grandmother was murdered and she confronts Blake, he confesses he knew it was murder from the beginning and they have to figure out t who killed Emma and why. The plot thickens and twists to include a hateful cousin who is married to old love Michael, a ghost of Liz’s best friend who helps her solve the case, the slimy ex-husband, and a man who has been dead for twenty-five years.

I thoroughly enjoyed the characters and the whole Southern flavor of the book was fun. The cast of characters on the island are just as eccentric and funny as Liz’s family even though they are just a tiny touch stereotypical Southern. The one thing I don’t understand is why Liz hasn’t taken Nate and wrapped him up in a big red ribbon as a gift to herself, but I suspect that may come in future books.
Posted by BPL Ref at 12:44 PM