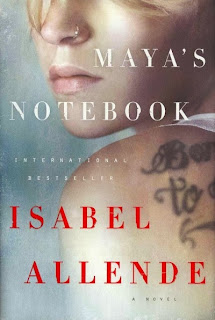 The last Nevermore Book Club meeting of 2013 featured its usual mix of genres and topics.  The first book up was Maya’s Notebook by Isabel Allende, a novel about a young woman whose life takes some drastic turns after the death of her beloved grandfather.  She becomes involved with drugs and petty crimes, but soon finds herself in way over her head, caught between law enforcement and organized crime.  Sent away to an island off the coast of Chile, Maya is given a notebook in which to write her story, which then forms the book.  The book drew strong opinions:  one reader loved it and the other one hated it.  Part of the discussion centered on the way the book was structured, with the narration moving back and forth in time as Maya recalls her past.  One reader dislikes books using that structure, and while the other reader was no fan of the technique, she felt the characters and story more than made up for it.  (It’s interesting to note that professional reviewers were also strongly divided over the book.) 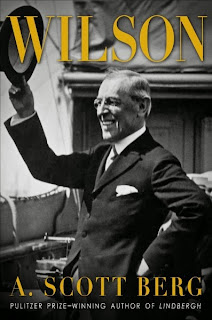 Wilson by A. Scott Berg is an in-depth look at the 28th president of the United States.  Woodrow Wilson’s presidency seemed an unlikely prospect and probably wouldn’t have happened had not Teddy Roosevelt decided to form an independent party to run against his former friend, William Howard Taft.  A Virginian, Wilson was the first Southerner to be president since Andrew Johnson.  Berg had access to some personal papers not previously available, and used those to help craft an entertaining, enlightening, and personal view of Wilson.  Our reviewer said she thought Wilson was a man who wanted to be in love, and was almost more in love with the idea of love than with an actual person.  He was an avid and ardent letter writer as well.  He was also a bit of a hypochondriac. After his stroke, his second wife, Edith Bolling Galt, acted as a gatekeeper and allowed very little access to President Wilson; in fact, her control was such that some have suggested she actually acted as president.  Our reviewer recommended the book as informative and enjoyable. 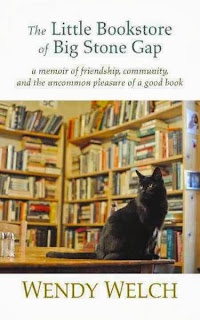 The Little Bookstore of Big Stone Gap by Wendy Welch is the true story of how a couple moved into this region and decided to start a used bookstore. Welch and her Scottish husband, Jack Beck, were seen as outsiders when they first moved to Big Stone Gap, but they managed to win over most of the town simply by proving they were staying and wanted to be a part of the community. The book was applauded as being warm, funny, and thoughtful, pointing out the local characters and customs without being condescending.  It comes highly recommended by several Nevermore members. 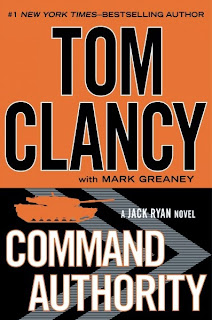 Other books mentioned during this meeting included the final Tom Clancy novel, Command Authority, in which Jack Ryan holds the key to the mystery surrounding the rise of a Russian politician.  Clancy passed away in October 2013, before the book was published.  This book was praised as a page turner and drew a comparison with a classic British thriller writer, Evelyn Anthony. Killing Jesus by Bill O’Reilly was brought up as well, described as being a good introduction to historical events while refraining from religious commentary. 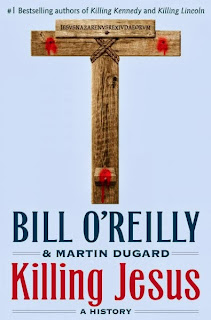 The next Nevermore meeting will be Tuesday, January 7, at 11:00 AM.  Join us for doughnuts from Blackbird Bakery, coffee, and books!
Posted by BPL Ref at 1:22 PM