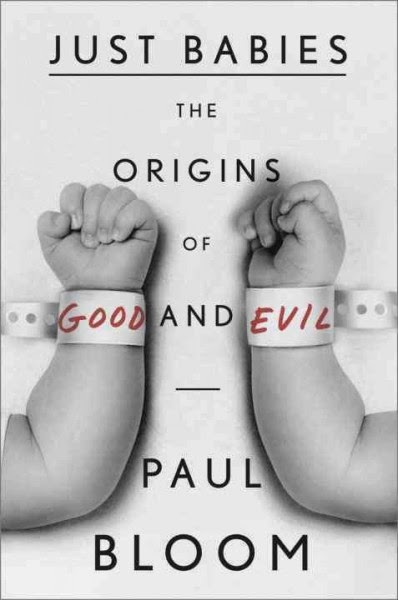 Just Babies:  The Origin of Good and Evil by Paul Bloom was the most talked book at Nevermore, partly because several members had read it.  From the excellent cover to the readable style, Bloom makes a strong argument for his premise that even the youngest humans have a sense of morality.  This goes against some traditional arguments that humans are “blank slates,” and morality is determined only by society and culture.  However, he does believe that the innate morality is limited, and that some of our sense of “good” and “evil” is shaped by our society and culture.  Bloom cites studies of infants’ reactions to examples of helping behavior and hurting behavior, showing they favor helping; but that they also favor their own family or those who appear similar to those who are different.  He also draws a distinction between “empathy” and “compassion”—in the former, a person reacts to someone feeling pain but may not offer aid, while in the latter the person attempts to offer some sort of help or comfort. One reader praised Bloom’s ability to present opposing opinions in a fair manner, and letting the reader decide what to believe. The book was picked up by another Nevermore member, so the discussion will no doubt continue next week. 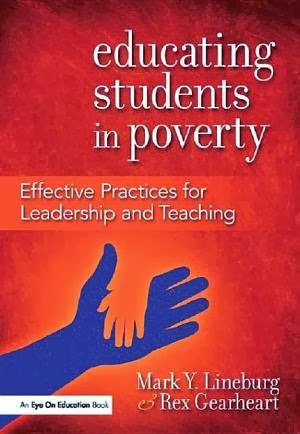 Just Babies led to a discussion about a recent library book signing with two local authors.  Mark Lineburg and Rex Gearheart are both area educators who co-wrote Educating Students in Poverty, a book which offers practical suggestions for teachers who work with disadvantaged children.  This isn’t a simple fix.  Poverty affects every aspect of a child’s life in and out of school.  Hungry children can’t learn; children who have no hope don’t see the purpose of learning.  Nevermore comments included noting that the arts, including music, dance, reading, trips to the library, and other such activities can give children the ability to look at the future in a hopeful way.  The book is drawing some national attention, with its emphasis on school and family to provide support and structure for students. 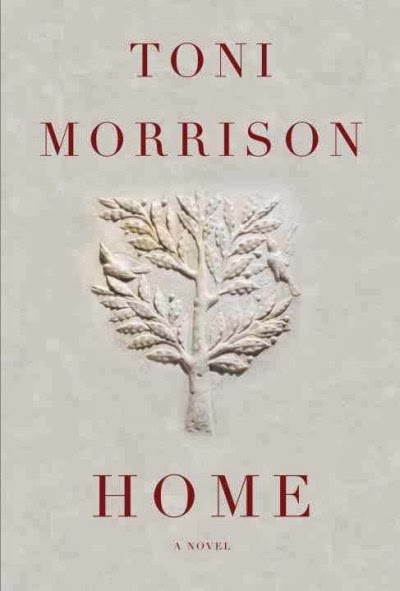 Finally, Jud was reading two novels with the same title.  He described them as being very different and yet with themes in common, because the word “home” itself is loaded with so many meanings.  Home by Toni Morrison is an allegorical tale about Frank Money, a returning Korean War veteran.  Frank has been in a mental ward after an “incident.” Traumatized and apathetic, he is forced into action when he receives a letter telling him he needs to find his sister before it’s too late.  Together they start back for Lotus, Georgia—the town where they grew up, and a town Frank detests—but it may be the only way he can save Cee. 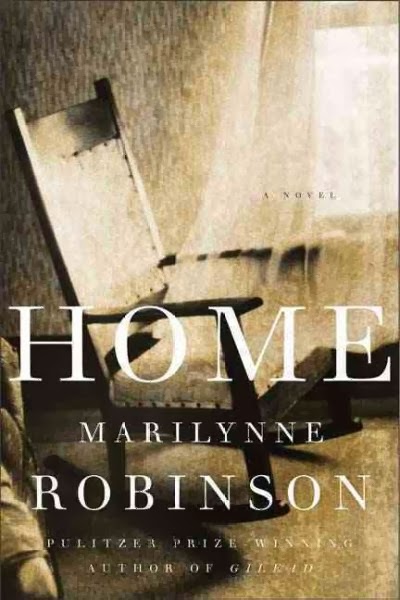 The second Home is by Marilynne Robinson.  Set the same place and time as her award-winning book Gilead, though the focus is on a different family.  Jack Boughton left Iowa twenty years earlier under a number of black clouds.  He returns to find his dying father in the care of Glory, Jack’s youngest sister, who was only 16 when he left. The reunion produces mixed emotions as the family tries to reconnect and rebuild a relationship when so many of them are broken.
Posted by BPL Ref at 12:06 PM