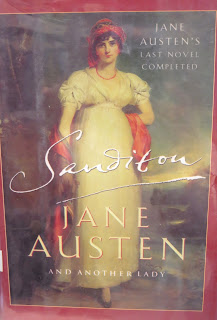 I think it is indeed a testament to Jane Austen that her work, even incomplete, can still command such attention.  My advice is to read (or watch or both!) it for yourself and decide how you think the story would play out.
Posted by BPL Ref at 1:38 PM