The Hunger by Whitley Strieber 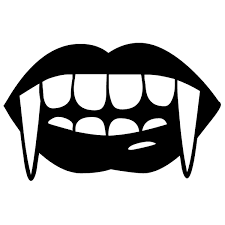 John is dying. His long time love Miriam expected it but not so soon because, after all, John is only around two hundred years old. Though the word is never mentioned, Miriam and John are vampires, together for centuries. Miriam has been through this before. Her companions will begin to age rapidly, become more ravenous with time, and eventually experience “eternal death”. Usually they can live anywhere from four to eight hundred years. But not John. So Miriam sets out to find a new companion to take his place.
Miriam has her sights set on a young scientist named Sarah Roberts. Sarah believes she may have discovered the antidote to aging, which is what catches Miriam’s attention. The Hunger is not exactly action-packed but a slow, quiet horror. It doesn’t shy away from blood but also doesn’t overindulge in it either. I did feel like I was pushing myself to finish it at times but overall it held my interest enough to keep going. One thing I particularly appreciated about Strieber’s take is that there are new rules on the old vampire lore. They can go out in sunlight, and they don’t have to be invited in to enter your house. Though it is never stated explicitly, it is hinted at that Miriam was born a vampire, and that her species is going extinct. She can turn humans into her kind but, unlike her, they do not actually live forever. (A fact she chooses not to share with them.) And I don’t want to spoil anything but finding out what “eternal death” entails is pretty horrifying.
I also really liked the little glimpses into Miriam’s past throughout the ages. I don’t know if I would recommend The Hunger to a reader who wants a fast-paced horror. I do, however, think it’s a solid read with a very dismal ending that packs a punch.
Posted by BPL Ref at 10:12 AM