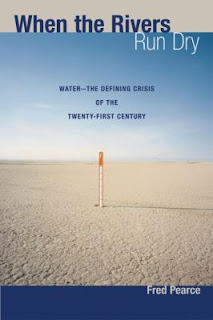 Our first Nevermore reader was very involved in two books that address issues of climate change. The first, When the Rivers Run Dry by Fred Pearce, talks about very serious problems. Although noting this book as “not a page-turner but very interesting” our reader complained that the 2006 edition is already out of date. For interested readers, a second edition was published in 2018 and is touted as “fully revised and updated.” 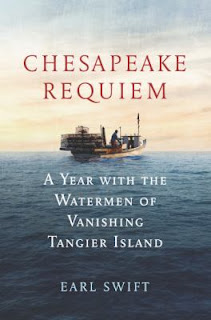 The next related book was Chesapeake Requiem: A Year with the Watermen of Vanishing Tangier Island by Earl Swift. Tangier Island is in the middle of Chesapeake Bay on the watery border of Virginia and Maryland, and is losing coastline at an alarming rate of fifteen feet per year. Swift lived and worked with the community’s residents (a mere 470 at last count) learning the conservative, strongly Methodist, close-knit culture which many residents hope to preserve through some sort of governmental intervention such as building jetties or sea walls. Our book club member felt that Swift did an excellent job describing this insular community. 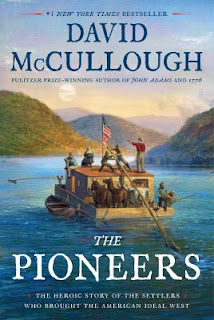 Another reader enjoyed history this week with The Pioneers: The Heroic Story of the Settlers Who Brought the American Ideal West by Pulitzer Prize winning author David McCullough. After the Treaty of Paris of 1783 ended the Revolutionary War and gave the Northwest Territory to the newly American people, a group set out to forge through the wilderness and settle on the Ohio River. Our reader called McCullough a phenomenal researcher and commented on his fantastic photographs and historical information. 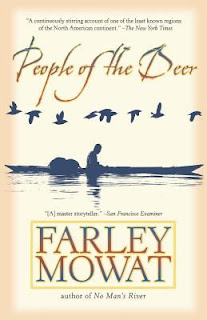 People of the Deer by Farley Mowat is a classic story of a native people, the Ihalmiut who lived in the Arctic, much appreciated by our next reader. The Canadian author wrote this as a young man after World War II, and recorded a disappearing way of life. Although some of his work was called into question in later years, his eloquence in telling of the bleak winters, the caribou migration, and the difficulties faced by the people has been remembered for decades. 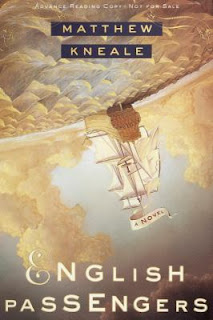 Our next book club member said she just couldn’t put her historical novel down this week. English Passengers by Matthew Kneale contains tales of rum smugglers, vicars, and Tasmanian aboriginals. The aforementioned vicar is rather obnoxious on a long sea journey to Australia. These tales from the nineteenth century came alive, keeping our reader turning page after page. 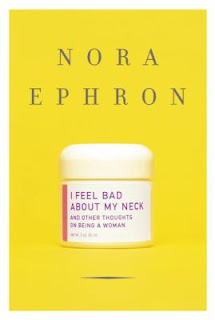 Much laughter ensued over Nora Ephron’s I Feel Bad About My Neck: And Other Thoughts on Being a Woman. With her very dry sense of humor, Ephron presents a series of essays about being a woman “of a certain age.” Our reader said that she just needed a light read and this fit the bill perfectly.
Posted by BPL Ref at 9:00 AM