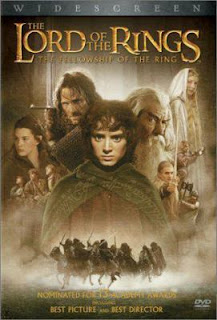 Recently, I have been on a steady literary diet of The Lord of the Rings.  I spent a couple of weeks reacquainting myself with the trilogy, as well as its comical prequel, The Hobbit, and then I found a couple of gems that neatly crossover with the movies:  The Lord of the Rings Sketchbook by Alan Lee and A Middle-earth Traveler:  Sketches from Bag End to Mordor by John Howe.

Both Howe and Lee worked as illustrators for Peter Jackson’s movies, and Lee served as the illustrator for the centenary edition of The Lord of the Rings (a special publication for Tolkien’s 100th birthday).  Given their direct experience with the movies and the books, as well as their history in fantasy art, I knew I was sure to be in for a treat when I finally acquired copies of their sketchbooks—and, I can safely say, I was not disappointed.

I first picked up A Middle-earth Traveler, and I was absolutely blown away by Howe’s beautiful illustrations and sketches.  His book encompasses everything from his work on The Lord of the Rings movies to his contributions to The Hobbit movies, as well as peeks into Tolkien’s other works, like The Silmarillion and his collections of “lost tales” compiled by Christopher Tolkien.  Howe delves into forests and deep places, like Mirkwood and Erebor; he explores the forgotten histories and lost places of the Númenóreans; he imagines monstrous creatures, like Scatha the Worm and Ungoliant (the horrific sire to Shelob), and the creation of the world by the Varla.

Although I love The Lord of the Rings, I’ve realized with Howe’s book that I know less than I would like.  I’ve read pieces here and there and I’ve gathered a fair bit of the history from reading Tolkien’s books, including The Children of Húrin, but I have much to learn from The Silmarillion and his other works.  (Those are up next on my list!)

The Lord of the Rings Sketchbook was very different from A Middle-earth Traveler.  Lee’s sketchbook feels like a real sketchbook, like I’m getting a peek into the direct process of his work.  When I compared the two, I think A Middle-earth Traveler has cleaner lines and smoother sketches, and I think it offers a wider variety of images.  The Lord of the Rings Sketchbook takes quite a different tact, showing messier pages with smudges and doodles in the corners.  Lee’s sketchbook, in a way, feels more intimate, because I felt as if I were getting a chance to see the raw images before anyone else.

Additionally, I noticed that The Lord of the Rings Sketchbook is much more focused.  Since Lee worked on the movies with Peter Jackson and crafted illustrations for a special edition of the books, he zeroes in specifically on images from the trilogy.  He offers beautiful watercolor images from Tolkien’s trilogy and pencil sketches of characters, but he doesn’t stray into the larger world.  From the Bag End to the Grey Havens, he follows the linear path of the story, rather than diving deeper into the history of Middle-earth.

As a side note, I found it rather thrilling to see facial illustrations of Gandalf and Galadriel as they were imagined and created for the movies.  I’m a big fan of Ian McKellan, so I was tickled to see an illustration of him on the first page, along with a lovely foreword.

Overall, I enjoyed both books immensely and I can’t find I really have a favorite.  Both books have images that I have seen in the movies—for instance, I’m fairly certain Meduseld and Helm’s deep are a perfect collaboration between Lee and Howe, though I think details or Gandalf are all Lee—and each book had its own merits.  Lee’s Sketchbook, for example, has intimate insight into the illustrator’s process and his own experiences from the movies; whereas, Howe’s Middle-earth Traveler explores the world broadly and investigates more than just The War of the Ring.

However, if I had to pick one and only one, I would probably select A Middle-earth Traveler by John Howe.  Lee’s illustrations are exquisite, and I enjoyed following along as his sketches grew and evolved over the course of the movies; however, Howe’s book offers a deeper look at Middle-earth, which I really liked.  Since I already know much about The Lord of the Rings, A Middle-earth Traveler feels like it has a little more supplementary material, a way of exploring the history and boundaries of the world without leaving the original stories behind.
Posted by BPL Ref at 10:02 AM