Nevermore kicked things off with Rocket Boys (otherwise known as October Sky), Homer Hickam’s memoir.  Hickam recounts his high school years, painting a vivid portrait of the West Virginia town of his youth and the childhood friends who became like brothers.  During the fall of 1957, Sputnik crossed the sky and inspired Homer and his friends to build rockets.  Simultaneously powerful and heartwrenching, Rocket Boys is a coming of age story for young Homer Hickam and a glimpse into the past of a dying coal company town.  Our reader said Hickam writes surprisingly well.  She expected his writing to be a little dry, maybe even technical, given his background as a NASA Engineer and scientist; however, she noted he was a natural storyteller, creating a warm, rich memoir that she enjoyed from beginning to end.

Next, Nevermore read Why Niebuhr Matters by Charles Lemert.  Reinhold Niebuhr was a Protestant preacher, a religious thinker, and, according to the book cover, “an important moral guide in mid-twentieth-century America.  […]  He developed a political realism that refused to sacrifice ideals to mere pragmatism, or politics to bitterness and greed.  He examined the problem of morality in an immoral society and reimagined the balance between rights and freedom for the individual and social justice for the many.”  Our reader said he enjoyed reading Lemert’s study of Reinhold Niebuhr, calling it interesting and informative.  He noted that Niebuhr has received a great deal of attention lately, mentioning Niebuhr’s political and theological influence has reached political leaders such as Barak Obama and Madeleine Albright.  He said, “It’s not an easy book, but if you’re looking for a challenge, I highly recommend it.” 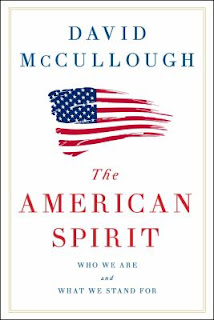 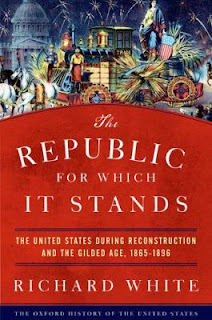 Sticking to the vein of American history, our readers also looked at The Republic for Which It Stands:  The United States During Reconstruction and the Gilded Age, 1865-1896 by Richard White.  White’s book spans an incredible amount of time, detailing the tumultuous age of post-Civil War America when the challenges were great and the difficulties seemingly insurmountable.  White delves into history of the United States, examining a variety of different facets—technological, cultural, political, economic, religious, and more—that shaped America as we know it today.  Our reader said The Republic for Which It Stands was a fascinating and enlightening look at more than 30 years of incredibly important American history.  “It is an excellent book,” he said, “if you like that much detail.”

Last, Nevermore checked out St. Paul:  The Apostle We Love to Hate by Karen Armstrong.  St. Paul is known as the first Christian writer, who wrote fourteen of the twenty-seven books in the New Testament.  He had a huge impact on the construction of the Bible we now know; however, Armstrong argues that Paul also had a much more widespread influence on the creation of the first Christian churches in Europe and Asia and the establishment of Christianity in the Western world.  She points to his story, his known history, and notes that how he envisioned and worshipped God forever changed the course of Christianity.  Our reader said St. Paul was an excellent book.  Although it was rather small, she said it’s a very good book “if you’re at all interested in [the life of] St. Paul.”
Posted by BPL Ref at 10:23 AM