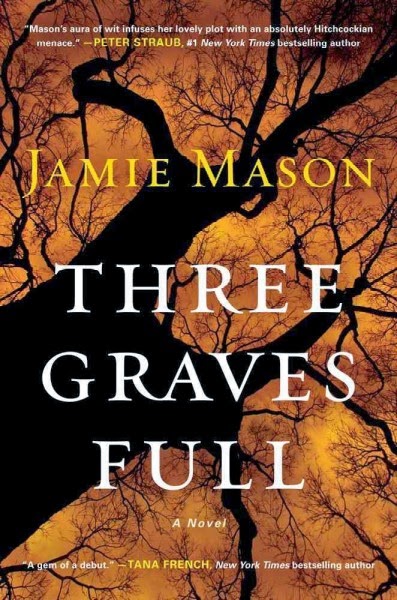 Jason Getty doesn’t like to think of himself as a murderer.  Sure, he killed a man and buried him in his back yard, but the guy just really needed killing.  Really.  For the longest time the deed haunted Jason’s every waking moment and a good number of his dreams.  Then he began to forget, just a little.  Oh, he still winces every time he sees the neighbor’s dog with something in its mouth and breaks out into a sweat when a police car goes by but little by little he’s starting to relax.
But there’s the problem of the unkempt yard.  He must do something about it before the neighbors start to complain, so he finally hires a landscaping company and gives them very specific instructions about where to dig.  And very specific instructions about where NOT to dig.

Then the landscaper comes to the door, pale-faced and horrified.  They’ve found something awful.

A body Jason knows nothing whatsoever about.

I have to say that this was one of the best premises I’d come across in a long time.  How could I resist?  The book is funny but quite dark in places.  I made the mistake of reading it at lunch, where one section in particular made me regret that I was having noodles that day.  Jason is an eternal loser, the guy who has sand kicked in his face at the beach, and who apologizes when someone else jumps in front of him in line.  The rest of the cast includes a savvy cop who suspects Jason is guilty of something and Leah the long suffering girlfriend of the guy who was found (not the one Jason killed) who just wants some closure, and the guy Jason did kill, whom we meet in flashbacks.

Oh, and then there’s the other killer, the one who put not one but two bodies in the yard.

I thought this book was a lot of fun, but I admit there were a lot of times I cringed as well.  To be honest, I didn’t really like the hapless Jason, but then again I don’t know that we were supposed to like him.  I was much more sympathetic to Leah.  There’s a whole macabre slapstick sequence involving a body that I did not read very carefully at all. (See noodles, above.) In some ways it reminded me a bit of “The Trouble With Harry,” an Alfred Hitchcock film about the problems of a dead body.  I always thought “Harry” was a hoot, and this is a more graphic and somewhat less benign version. If dark humor is your thing, then you’ll probably love Three Graves Full with its entertaining set-up and clever plotting.

(I also recommend “The Trouble with Harry.”  It stars Shirley MacLaine, John Forsythe, Edmund Gwenn and Jerry Matthews aka The Beaver and is set in a glorious New England autumn.)
Posted by BPL Ref at 10:08 AM