The Lost Sisterhood by Anne Fortier 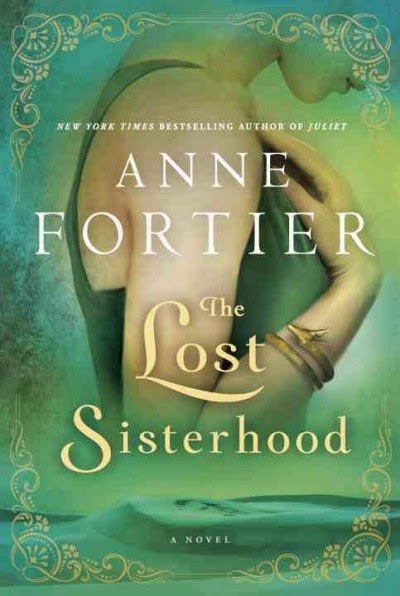 Dr. Diana Morgan is an Oxford lecturer on Greek mythology.  She feels as though she has fallen into the position through some kind of luck, and is not fully respected by all of her peers.  Her secret, not even openly discussed with her mentor Dr. Katherine Kent, is that she has a suspicion that the Amazons, the mythical race of women warriors, really did exist.  Her flights of fancy (or are they?) are rooted in her childhood, when her wildly eccentric or possibly mentally ill grandmother lived with her family for a while.  Diana loved being with her grandmother, even as her parents wondered if it was a good thing for a young girl to spend so much time with someone who acted so erratically.

Leaving a lecture where she has been disparaged by a senior colleague, Diana is drawn aside by Mr. John Ludwig, who entices her with hints that proof of the Amazons' existence has actually been found.  Despite all her misgivings, Diana decides to grab the opportunity and is soon on her way to North Africa and beyond.  Along the way she teams up with Nick Barran, a maddening and yet intriguing mystery man, employed by the secretive company who is offering her a large sum of money to decipher an inscription at a newly discovered archaeological site.

Interspersed with Diana’s adventures of discovery are chapters featuring Myrina and Lilli, two sisters living in North Africa during the late Bronze Age.  As they return from a hunting trip to find their village decimated, Myrina and Lilli begin a trek that leads them to meet several characters made famous by classical Greek mythology.  As they continue to travel through great difficulties, the young women gather quite a following of other women oppressed by the male dominated culture of the day.

I was drawn into this book from the very beginning.  Diana has this prestigious lecturer position, and yet she is compelled strongly enough by her interest in the Amazons that she risks losing what little professional respect she has by leaping at the chance to learn whether the myth was indeed based in truth.

Besides the archaeological and mythological aspects of the story, there is an attraction between Diana and Nick.  Although this adds tension to spice up the story, the author does not go into great and gory detail on the simmering romance.  In the alternate storyline, Myrina also has her own love interest.  In both circumstances, I thought the romance was well-balanced as a background feature, but never overwhelmed the main adventure story.  I liked the adventures both Diana and Myrina had, and enjoyed the alternating timeframes in the narrative.

Anne Fortier is a Danish/Canadian author who has published one other English language book, Juliet, a New York Times Bestseller.  I would highly recommend The Lost Sisterhood for fans of Elizabeth Peters and her Amelia Peabody series.
Posted by BPL Ref at 10:55 AM