Nevermore: Peter The Great, 1775, and When All the World Was Young


Nevermore readers were hooked on history this week.  Peter the Great by Robert Massie is the Pulitzer Prize winning biography of a fascinating Russian monarch.  At age 10, Peter became co-tsar with his half brother.  He had a lifelong fascination with the sea and ships, and traveled Europe incognito.  He modernized Russian life, bringing in Western influences and restructuring government.  Massie has been praised for his thorough and readable biography, which also serves as an excellent book on Russian history and society of the 17th and 18th centuries.  Massie is well-known for his books on Russia; his first book was the acclaimed Nicholas and Alexandra, and his most recent is a biography of Catherine the Great. 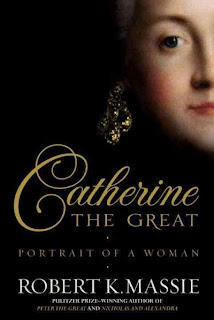 1775: A Good Year for Revolution by Kevin Phillips was also lauded for its good style, which made it a very readable book about events prior to the American Revolution. Phillips, who also wrote The Cousins’ War, makes a convincing case that 1775 was the pivotal year, as the colonies organized themselves against the British.  Not only were the rebels mounting boycotts, they were acquiring arms and creating governments without British oversight.  By the time 1776 rolled around, the rebels were ready. This book was recommended for anyone interested in the Revolutionary War era, especially the background for the conflict. 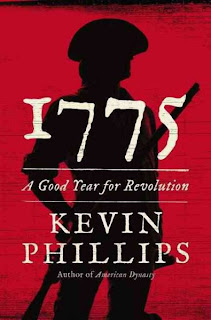 Barbara Holland’s When All the World Was Young is a personal memoir about growing up in Washington, D.C. during the 1940s and 1950s. Holland has an eye for the incongruities of the times, and a sharp wit with which to comment.  She grew up with a mother who didn’t fit the mold of the 50s housewife and an autocratic stepfather.  As those who have read any of her other books know, Holland has a wicked sense of humor and keen sense of the absurd.  Holland also wrote a book about U.S. Presidents, Hail to the Chiefs , a book about extraordinary women entitled They Went Whistling: Women Wayfarers, Warriors, Runaways, and Renegades, and the self explanatory In Defense of Naps.  Her books come highly recommended from several Nevermore members, both for their insights and the wit. 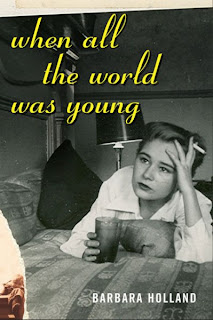 Email ThisBlogThis!Share to TwitterShare to FacebookShare to Pinterest
Labels: 1775, Barbara Holland, Kevin Phillips, Peter the Great, Robert Massie, When All the World Was Young