May Favorites: Most Requested Books

Here’s our list of the most requested books for May:

10. Best Kept Secret by Jeffrey Archer is the third book in the riveting Clifton family saga, following Sins of the Father.

9. Bone Tree by Greg Iles is scheduled for December 2013.

7. Deeply Odd by Dean Koontz follows Odd Thomas across the west as he searches for a man he believes is going to murder three children.  This is the seventh “Odd Thomas” novel; a movie version of the first book is scheduled to come out this year.

6. Life After Life by Kate Atkinson is NOT one of her Jackson Brodie mysteries.  Instead, Atkinson recounts the life of Ursula Todd—or rather, the lives of Ursula as the main character progresses through different versions of her life, from dying as an infant to attempting to assassinate Hitler.

5. Ninth Girl by Tami Hoag has detectives Nikki Liska and Sam Kovac investigating the murder of a mutilated girl by a serial killer who seems to strike around holidays.

4. Don’t Go by Lisa Scottoline begins with a soldier in Afghanistan being told that his wife Chloe has died in an an accident.  He returns home but soon discovers Chloe had secrets he feels compelled to uncover.

3. Inferno by Dan Brown is the long awaited new novel featuring Harvard professor Robert Langdon. This time Langdon is in Italy, trying to unravel a mystery connected with Dante.

2.Whiskey Beach by Nora Roberts has attorney Eli Landon moving into his grandmother’s house to try to put his life back together after being suspected of murdering his wife.  His grandmother’s attractive caretaker, Abra, inspires him to try to prove his innocence in this romantic mystery.

And the most requested book is:

1. Dead Ever After by Charlaine Harris is the book every fan wants and dreads: the last of the Sookie Stackhouse series.  Harris’ psychic waitress and her world of vampires, faeries, and shapeshifters have attracted a very loyal following, so it’s no wonder everyone wants to know how it all turns out. 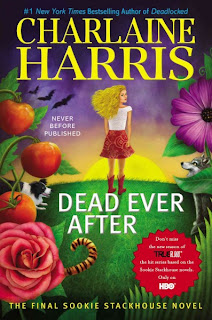