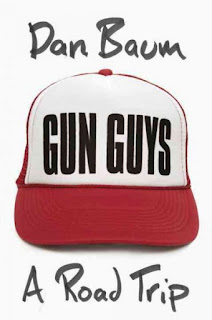 Director Jud Barry found the book Gun Guys: A Road Trip by Dan Baum to be unexpectedly funny and fascinating.  Baum, a self-described middle-aged Jewish Liberal from New Jersey, is also a gun enthusiast and has been since he was a child.  He decided to embark on a cross country trip to visit gun shops and to talk to fellow gun owners in hopes of having a discussion about gun control and gun ownership rights.  He believes most gun owners are responsible, good citizens and he has doubts about the effectiveness of gun control.  However, he soon discovers that it’s difficult to have serious conversations with either side because gun owners and non-gun owners both have deeply ingrained, preconceived notions about each other.  Baum believes we spend too much time talking AT each other and not TO each other, and he doesn’t use the standard arguments on either side. Along the way Baum takes part in a wild pig hunt in Texas, talks with numerous people on both sides of the issue, and presents intriguing profiles of people with strong views.  Love guns or hate them, there’s plenty of food for thought in this look at the people behind the arguments. 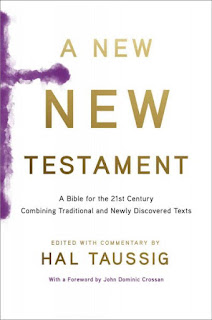 The New New Testament: A Bible for the 21st Century edited by Hal Taussig includes some recently discovered early Christian texts along with the classic early writings. Taussig gathered a group of scholars that included representatives from several different faiths to discuss some of these new discoveries and to decide which ones to add in order to give readers a fresh perspective on the early Christian church.

Accidental Empires: How the Boys of Silicon Valley Make Their Millions, Battle Foreign Competition, and Still Can’t Get a Date by Robert X. Cringely is a look at the rise of the computer industry and some of the idiosyncratic personalities who have created one of the largest industries in the world.  Cringely’s assessments are blunt and often amusing as he dissects the history of computers and the rise of the “geek culture.”  Our reviewer was enjoying the book so far. 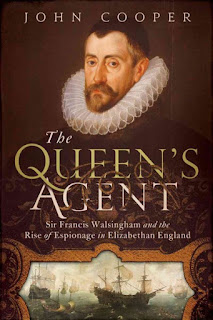 The Queen’s Agent:  Sir Francis Walsingham and the Rise of Espionage in Elizabethan England by J.P. D. Cooper is the story of Queen Elizabeth I’s spymaster. Walshingham, a  Protestant, was ruthless in his pursuit of those he felt were threats to his monarch’s reign.  He built up an international spy network to defend the country against threats foreign and domestic.  Codes, plots, and counterplots abound in this intriguing true story, and our reviewer is enjoying it so far.
Posted by BPL Ref at 4:34 PM