Nevermore: The Premonition, Imperial Woman, A Map of the World, Sold on a Monday 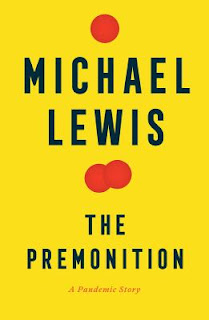 The first new book this week was The Premonition: A Pandemic Story by Michael Lewis.   This non-fiction book traces the unravelling of the US response to the Covid-19 pandemic.  This is an unflinching look at the men and women who trace, predict and fight disease outbreaks and how the US government turned a willful blind eye to their findings and recommendations.  Our reader found this to be a both heartening and disillusioning book:  heartening in that the author points out the everyday heroes who risked their professional lives to bring attention to the growing threat of Covid and disillusioning in how he lays out how very badly our public health system has been politicized to the point that hundreds of thousands of people suffered and died needlessly.  Our reader highly recommends this book if you want a look behind the scenes of what went on during the past year fighting the novel Covid-19 virus.

Our next reader reviewed The Imperial Woman:  The Story of the Last Empress of China by Pearl S. Buck.  Written in 1956, this novel is a fictionalized account of the life of Empress Dowager Cixi, spelled Tzu-Hsi in this book.  Born into poverty, Tzu-Hsi moved into the Forbidden City at age 17 to become a concubine of the Xianfeng Emperor.  She became the de facto head of the Qing dynasty after his death, and remained so until her death in 1908.  Tzu-Hsi reigned for 47 years and guided China through a turbulent time of modernization unparalleled in China’s history.  Our reader was fascinated with the details of the daily life in the Forbidden City and the structures and strictures of daily life in a world bound by tradition and ceremony, and the portrait of a woman who had the vision, tenacity and ruthlessness to guide an ancient society into the modern world. 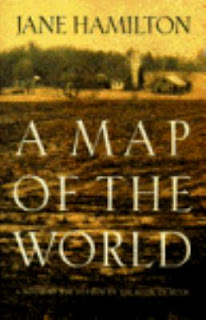 Next up is the gripping novel A Map of The World by Jane Hamilton.  Set in modern day Wisconsin, this story follows the Goodwin family and focusses on Alice, a nurse in the local elementary school.  Disaster strikes the family when a local child drowns in the Goodwin’s pond while under Alice’s care.  Subsequently, Alice is accused and charged with the sexual assault of one of the students at the school.  Our reader highlighted Hamilton’s writing style as particularly engaging and liked the ambiguities and nuances of the characters in this novel. 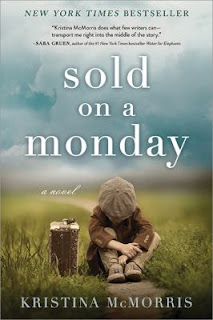 Sold on a Monday by Kristina McMorris was the next book reviewed this week.  This historical novel uses as its foundation the story of a 1948 photograph of four children for sale in Chicago.  McMorris used that starting thread to weave a new story, set near Philadelphia in 1931.  Sold on a Monday follows struggling reporter Ellis Reed who captures a gut-wrenching photograph of two small siblings and a “2 Children for Sale” sign on a farmhouse porch.  Ellis’s newspaper story and photograph rock the nation and make him a star reporter, but he now has to deal with the fallout.  Our reader did not want to rush through this book, pointing out the poignant and heart-touching prose in this novel, which she highly recommends.

Welcome to Night Vale by Joseph Fink and Jeffrey Cranor

The Kitchen Front by Jennifer Ryan

Slavery by Another Name by Douglas Blackmon

When She Woke by Hillary Jordan

When Stars Rain Down by Angela Jackson Brown

The Secret Lives of Color by Kassia St. Clair