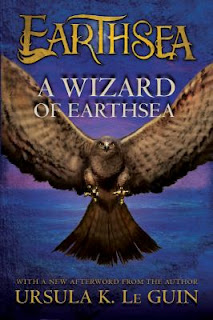 Our Nevermore reader had decided to try the classic fantasy novel A Wizard of Earthsea by Ursula LeGuin.   She hadn’t read a fantasy/sci-fi in a very long time, and was surprised by how action packed this novel is. There is a bit of a slow build at first but soon becomes filled with action.  The timeline moves very rapidly, which our reader found a bit unusual.  The first in the Earthsea Cycle, A Wizard of Earthsea follows the early adventures and coming of age of the wizard Ged, as he moves from his isolated home to the Wizard school to traversing the world both fleeing from and chasing after his shadow.   While she has not yet finished it, our reader is impressed so far. 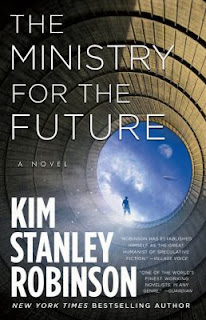 Ministry for the Future by Kim Stanley Robinson is set in the near future where an international organization—the titular Ministry for the Future—is tasked for advocating for future generations. The chapters alternate between the points of view of various characters, but mostly from those of Mary Murphy, the head of the organization, and air worker Frank, who finds himself in a deadly heat wave.  Our reader found this to be a gripping tale of the perils of climate change, and illustrates how strong the forces of technology, greed, and human behavior can be. 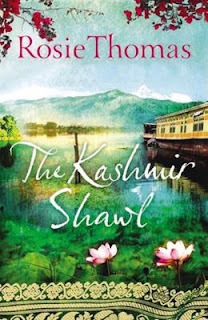 Historical romance took the stage next.  The Kashmir Shawl by Rosie Thomas begins with Mair Ellis, a young Welsh woman, finding an exquisite Kashmir shawl among her late grandmother’s possessions. Nestled within is an envelope containing a single lock of hair.   Fascinated and curious, Mair wishes to follow in her grandmother’s footsteps in Kashmir and solve the mystery of who the lock of hair belonged to.  The story switches back and forth between present day and India during World War II where Nerys, Mair’s grandmother, traveled as a young wife accompanying her missionary husband.  Our reader found the texture of the book to be wonderful, with vivid descriptions of the places and people, and it kept her going. 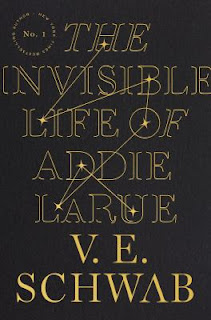 The Invisible Life of Addie Larue by V.E. Schwab is a historical fantasy novel that starts in Paris in 1714.  In a moment of desperation, Addie Larue makes a deal with the Devil:  she will live forever, but nobody will remember her.  She cannot write or say her own name – she has to make up a new name.   Every day of her life, she can go back to the same people and they won’t remember her at all.  The Devil meets with her on a regular basis to get her to quit, but she refuses to. The book jumps back and forth in time until 2015 when Addie meets a man who remembers her.   Our reader came away with the message that life is about paying attention to where you are every day, and really enjoyed this new book.

Deeply personal and darkly hilarious, Calypso by David Sedaris made our reader laugh out loud, which is a reaction she doesn’t normally have.  In this 2018 collection of 21 semi-autobiographical essays, Sedaris is a bit more self-reflective as, at age 61, he starts to confront his mortality and aging.  Our reader thought this book was wonderful.