This week our readers chose historical fiction and biographies to bring to the club. 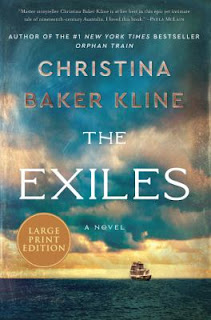 The first book reviewed was The Exiles by Christina Baker Kline. This historical fiction novel is about the intertwined lives of three young women, Evangeline, Hazel and Mathinna.  Evangeline and Hazel are British citizens sentenced to exile in Australia for petty crimes in England.  Mathinna is a young, orphaned Aboriginal girl who is taken in by the new governor of what was then known as Van Diemen’s Land.  Our reader is enjoying this look at the harsh lives of women in, what was at that time, a frontier land, and recommends it. 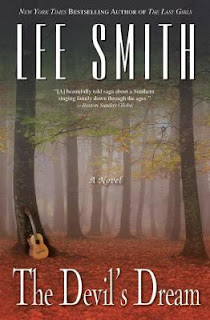 Our reader found The Devil’s Dream by Lee Smith to be a very interesting book, which follows the Virginia based Bailey family from 1833 through to the 1960s.   Smith based the Baileys very loosely on the world-famous Carter family, and weaves a story intertwining multiple generations, music, and Appalachia, into an enthralling story that our reader loved and highly recommends. 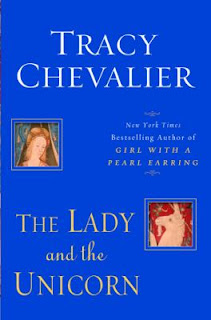 The Lady and the Unicorn by Tracy Chevalier is a historical novel about the making of one of the Cluny Tapestries – seven world-famous tapestries woven in the middle-ages and now on display in Paris.  This novel, by the author of The Girl with the Pearl Earring, follows the fictional story of playboy artist Nicholas des Innocents who is hired by French nobleman Jean de Viste, to design and create a number of tapestries for his great hall showcasing his heroism on the battle field (a situation that de Viste never actually encountered).  Full of detailed information about the processes used at the time to create these great works of art, and its careful examination of the intertwined lives of its characters, this book impressed our reader with its technical writing and story-telling.  Definitely worth reading was the verdict here.

The Rebel Sisters by Marita Conlon-McKenna was next up.  This best-selling historical novel focuses on the real-life Gifford sisters; Grace, Muriel and Nellie.  These three spirited, unconventional women played pivotal roles in the 1916 Easter Rising – an armed insurrection in Ireland against British rule.   Born into a wealthy Anglo-Irish family, the three sisters chaffed against the conventions of the time and their mother’s expectations for them.  Two of the sisters fell in love with two of the leaders of the “The Rising”, which culminated in the 1916 Easter Monday rebellion, while the third took up arms in the doomed struggle.  Our reader thought this was a great book.  She loves it and highly recommend it. 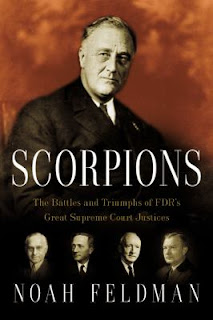 Our reader says that the main message that she got from Scorpions: The Battles and Triumphs of FDR’s Great Supreme Court Justices by Noah Feldman was the unappreciated genius of Franklin Delano Roosevelt‘s ability to listen and learn from others and take advice.  This biography focuses on the lives, careers and lasting legacies of four Supreme Court Judges appointed by FDR:  Felix Frankfurter (cofounder of the ACLU), Hugo Black (a former member of the KKK who became the leading proponent of absolutist reading of the Constitution), Robert Jackson (who was the chief US Prosecutor at the Nuremburg Trials), and William O. Douglas (one of the youngest justices ever appointed to the court, and the longest presiding judge at 36 years and 211 days stretching from 1939 to 1975).  These four judges, who could not be more different from one another, worked together (and against each other) to forge the Constitutional landscape that we still have today.  Our reader found this to be a highly detailed, fascinating book that does take a while to get through, but she recommends it.