The first book reviewed this week was After the Fog by Kathleen Shoop.  This historical fiction novel is set in 1940s in real-life Donora, Pennsylvania, a small industrial town approximately 20 miles south of Pittsburg.  In October of 1948, an air inversion trapped pollution from the American Steel and Wire Work and the Donor Zinc Works factories over the town.  Twenty people died in three days, and another fifty after the inversion lifted.  Hundreds were left with lifelong lung and heart damage.  Shoop overlays this historic tragedy with the story of public health nurse, Rose Pavlesic, whose own tragic history collides with the unfolding disaster around her as secrets and lies are exposed – her own, those around her, and the powerful businesses that run the town.  Our reader said this is an extremely descriptive book that makes you feel like you are living in Donora at the time, and highly recommends it. 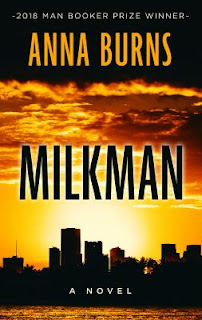 Milkman by Anna Burns is a unique book set in a nameless town and none of the characters have names.  The narrator, known as Middle Sister, is 18 years old, keeps to herself, reads classic books, and doesn’t get along with her mother. Middle Sister catches the unwanted eye of Milkman, a local paramilitary man who begins stalking her, and the ensuing gossip and innuendo that surround her threaten to destroy her family and the life she has built for herself.  This book has very few paragraphs, and is written in a stream-of-consciousness style that may not be every reader’s cup of tea, but our reader found it to be very powerful and unique, and highly recommends it. 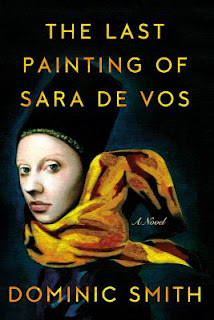 The Last Painting of Sara De Vos by Dominic Smith is a historical fiction book set in the 17th century, the 1950s and present day, and centers around one particular painting – At the Edge of the Wood by Sara de Vos.  At the time, de Vos (the first woman admitted to the master painter guild in Amsterdam) broke societal conventions by painting an exterior scene, something that was not acceptable for women to do.  In 1957, lawyer Marty De Groot hires artist Ellie Shipley to forge a copy of At the Edge of the Wood, and their lives become unexpectedly entangled.  In 2000, Ellie has become a celebrated art historian and curator who is preparing an exhibition of female painters from the Dutch Golden Age, but both the original de Vos painting and her own forgery are en-route to her show.  Our reader recommends this New York Times best-seller, says this book is an easy fun read and that you will learn a lot about 17th century artists. 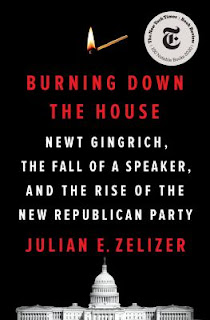 The next book was Burning Down the House:  Newt Gingrich, the Fall of a Speaker and the Rise of the new Republican Party by Julian E. Zelizer.  This political history book delves into the time that Gingrich was Speaker of the House, and the lasting impact he and his policies had on not only American politics in general, but the Republican Party in particular.  Our reader states that the picture of Gingrich that emerges is one of a man who is brilliant but totally immoral – anything was fair game as long as he gained power.  Our reader recommended this book and its insights into how one person can have such a huge impact on the trajectory of an entire country. 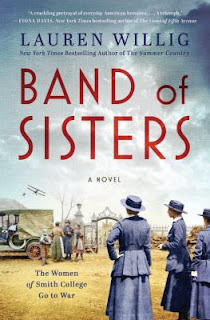 The next book reviewed was Band of Sisters by Lauren Willig.  Our reader thought this was quite a remarkable historical novel in that the author took real events and seamlessly wove fictional characters around them.  The Band of Sisters were 18 young women from Smith College who went to a small town in France during the First World War to help French civilians whose lives were destroyed by the Germans.  Willig created the stories in this novel from letters written by the real-life ladies, and the unexpected tasks that they dealt with daily - one of them put the trucks together that came on a ship, others would plant crops, raise livestock, teach children and other tasks that most had never done.  Our reader highly recommends this gripping, action packed book.

The Year Without A Summer by William and Kenneth Klingaman

The Echo Wife by Sarah Gailey

Once Upon a Curse: 17 Dark Faerie Tales by various authors

The Widow Nash by Jamie Harrison

Ripped From the Headlines by Harold Schecter