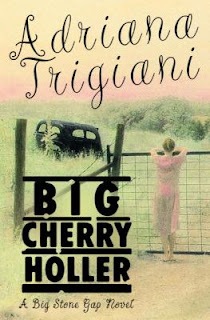 All of the book club members are fans of Adriana Trigiani and Big Cherry Holler was no exception. Book two in the Big Stone Gap series finds Ava Maria and Jack going through a rough patch after 8 years of marriage. They have already weathered incredibly rough times, including the death of their 3 year-old son, Joe. More difficult times are ahead as Ava begins to wonder if Jack even loves her anymore. Definitely worth a read. 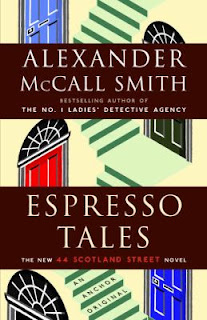 Espresso Tales by Alex McCall Smith is the 2nd book in the 44 Scotland Street Series. It focuses on Bertie, a six year-old boy whose mother wants him to dress and act like a girl. Bertie, on the other hand, just wants to be a regular little boy and have friends. As always, the author tells the story with gentle humor and sympathy for his characters. 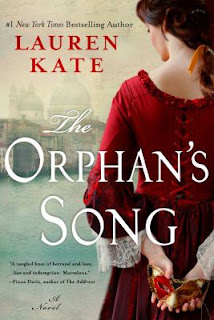 The Orphan’s Song is Lauren Kate’s debut adult novel. In the past she has had great success with the YA genre. This historical tale, set in 1736 Venice, follows the intertwined fates of two Venetian orphans. Violetta and Mino meet on the rooftop of the Hospital of the Incurables, an orphanage and music school run by the Catholic Church that keeps boys and girls separated. They dream of escape, but Violetta’s beautiful voice is discovered by the resident Maestro and music overtakes her life. Mino, meanwhile, leaves to search for his long-lost mother. This intriguing love story covers heartbreak and betrayal, but moves beautifully to an unforgettable conclusion. The reviewer felt it was a wonderful story and worth a read. 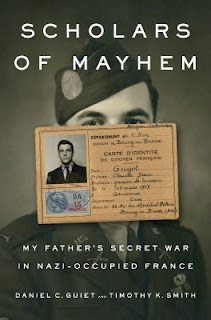 Scholars of Mayhem by Daniel C. Guiet is written by the son of the only American of a team of Allied secret agents who were dropped into Nazi-occupied France. Mr. Guiet’s father performed epic feats of irregular warfare to ensure German tanks were kept away from Normandy after D-Day. This was accomplished by any means necessary, including blowing up bridges. The reviewer especially enjoyed reading about the contributions of the women officers involved in the mission.

Our next reviewer thought Notorious Royal Marriages by Leslie Carroll was a lot of fun to read. It tells the stories of all six wives of Henry Vlll and covers the marriages of the Duke of Windsor and Wallis Simpson all the way to Princess Diana. The first part of the book is written in historical fashion, but the second half reads more like a gossip magazine. It is written in such a way that it would be easy to skip to certain chapters that are of interest to the reader.

Margaret Atwood’s The Testaments is the long awaited sequel to The Handmaid’s Tale. Our reviewer thought it was even better than the original! Set fifteen years after the first offering, this book focuses on the Marthas who train the handmaids and introduces some new characters. It consists of the explosive testimony of three female narrators from Gilead. As the story progresses, there are signs that the regime of Gilead may be rotting from within. Definitely worth a look if you are already a fan. 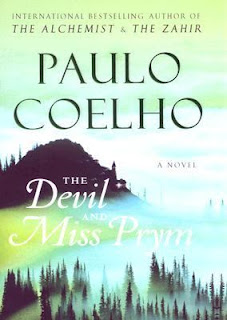 The Devil and Miss Prym by Paul Coelho asks the age-old question, are humans inherently good or evil? Set in a small mountain village, the story begins when a strange man arrives bearing eleven gold bars. He strikes up a friendship with Miss Prym, the local barmaid, and says he will give her one of the gold bars for her help. He has proposed that if the town kills one person, he will give the remaining ten bars to help save the dying town. The reviewer enjoyed this book so much, she wants to read all of the author’s books. 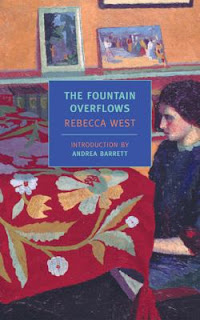 The next reviewer felt that The Fountain Overflows by Rebecca West was one of the best books she had ever read. She has very fond memories of her mother and aunt reading it and categorizes it as an escape book. The story is set in the 1890’s and centers around the lives of a family whose mother is a former concert pianist. She tries desperately to get her young twins to follow in her musical footsteps, rather than those of their father, who is a gambler. The family experiences many adventures throughout the book, which is written with beautiful language. It came highly recommended.

The reviewer felt the mystery, Disappearing Earth by Julia Phillips, was a really neat book. The story covers the year following the abduction of two young sisters with each chapter covering one month. Set on the Kamchatka Peninsula at the Northern edge of Russia, this book shows the beauty of the country and the effect of the kidnapping on the tightly woven community. Unfortunately, another little girl goes missing, but few look for her as she is considered a native. In addition to the mystery and beauty of the area, this book also focuses on the racism against the indigenous peoples, who are immediately suspect when a crime is committed. 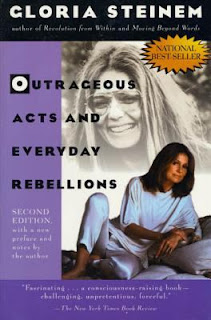 The last book reviewed was Gloria Steinem’s Outrageous Acts and Everyday Rebellions. This semi-biographical book covers a wide-range of topics; often times funny, others poignant. The reviewer felt it was really good and emphasized how women have been held down for so long. It made her feel part of the sisterhood and offered a feeling of camaraderie.
Posted by BPL Ref at 6:39 AM