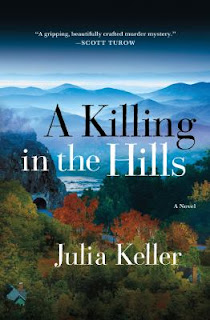 Nevermore began with laughter, as one reader exclaimed that she really did not enjoy A Killing in the Hills by Julia Keller. This series debut is based in Acker’s Gap, West Virginia as three old men are shot at a local diner. Bell Elkins is an attorney and her teenage daughter Carla was an unfortunate witness to the violence. Our reader claimed that she found the plot very predictable, and that the author wasted much paper on the young girl’s angst. Alas, our reader suffered through to the end. 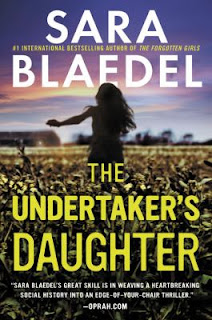 Despite the title, the same book club member found The Undertaker’s Daughter by Sara Blaedel to be a much lighter read, and a very fun book. Photographer Ilka Nichols Jenson is living in Copenhagen and hasn’t heard from her father for decades when she learns of his death, and her inheritance: a funeral home in Wisconsin. Ilka’s father had issues with gambling debts, as she finds when she returns to the states. Murder and intrigue follow, which kept our reader happily reading to the end of this one. 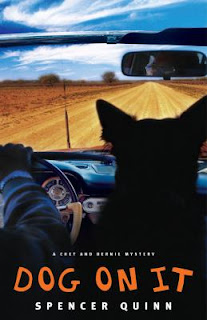 Dog On It by Spencer Quinn proved to be another light read as canine Chet narrates the story of his human Bernie, a private investigator looking into the case of a missing teenager. Chet sniffs out the clues alongside Bernie, guiding him in ways that the human might be too oblivious to notice. Our reader said that it was so enjoyable that she felt as if she were ten-years-old again reading a Nancy Drew mystery. 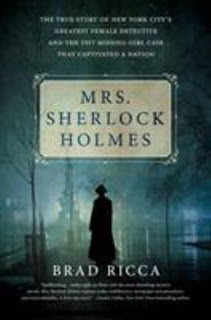 From fictional mysteries to a real-life female sleuth, our next reader picked up Mrs. Sherlock Holmes: The True Story of New York City’s Greatest Female Detective and the 1917 Missing Girl Case That Captivated a Nation by Brad Ricca. Grace Humiston was the first female United States District Attorney, and acted as a private detective in addition to her law career. She solved the mystery of missing Ruth Cruger when the New York Police Department could not. The press soon began calling her “Mrs. Sherlock Holmes” as she had her day in the limelight. Despite her accomplishments, Humiston was quickly forgotten until Ricca brought her story back to modern readers a century later. 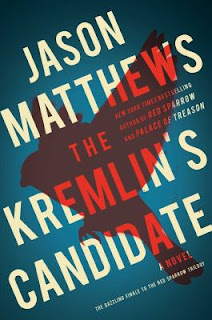 The Kremlin’s Candidate by Jason Matthews is the final installment in the Red Sparrow Trilogy. Our reader said that he was really enjoying it, and found parallels in today’s real life politics to the international espionage in the thriller. In fact, he called it “a little spicy” with a ballerina being caught up in the dark Russian world of seduction of spycraft.

Another book club member went back to the classics with the 1956 science fiction novel Time for the Stars by Robert Heinlein. While one telepathic young boy explores space, he is able to maintain communication with his twin back on Earth. When the spaceship returns after only a few years traversing the stars, the traveler finds his brother celebrating his ninetieth birthday. 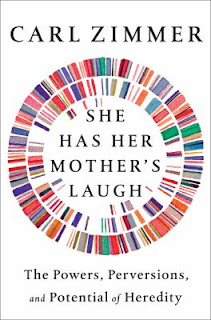 Finally, Nevermore discussed She Has Her Mother’s Laugh: the Powers, Perversions, and Potential of Heredity by Carl Zimmer. Every gene and experience we have shapes our future and our children’s futures. Our reader has a medical background and was fascinated by the way that Zimmer writes about medical subjects. She was particularly intrigued by the up and coming genetic procedures which may be able to cure so many ills, but commented that the economics of medicine will likely keep those cures for the 1% of society with the most wealth.
Posted by BPL Ref at 9:28 AM