The Ultimate History of the 80s Teen Movie by James King 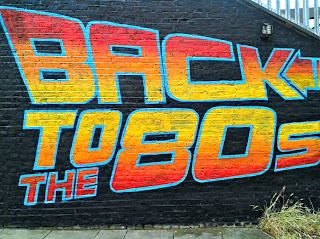 Reviewed by Christy
Though I was very young in the 1980s and don’t remember much (except The Little Mermaid and Jem and the Holograms), I’ve always had a soft spot for the decade. I’m certainly not unique in that aspect which the popularity of Stranger Things and the remake of Stephen King’s IT reflects. A comprehensive look at the 1980s is incomplete, however, without discussion of teen movies. Of course, teen movies existed pre-1980s but they became a full blown phenomenon during those years.
King begins his book by discussing the late 70s rise of John Travolta with Saturday Night Fever and Grease. King posits Travolta was born just a little too early because though those two movies made him a mega star for a short period of time, soon teens on screen overran cinemas. King covers Fast Times at Ridgemont High and Dead Poets Society and “everything in between”.  He details the writing and auditioning processes, how tough or fun particular productions were, and who came close to getting a certain role. No matter how fun a topic may sound, if someone just regurgitates facts and statistics it will become a very dry, dull read. But fortunately, King avoids this by injecting humor throughout which made me laugh out loud a couple of times. While there are some movies I will just never be interested in seeing (Revenge of the Nerds), his analysis of others made me appreciate some in a new light (previously mentioned Fast Times) or want to see for the first time (The Karate Kid).
He also talks a little about the importance of movie soundtracks and how some producers felt a good soundtrack could make or break their movie which leads into digressions about Prince and Madonna and their attempt at movie careers. King also doesn’t shy away from the tougher discussions about these teen movies – like the lack of diversity or the troubling way female consent is treated. (Particular scenes in Sixteen Candles that involve a drunken popular girl came under new scrutiny in the #MeToo era.)
King writes a thorough history with fun details and interesting analyses. Though there are unsavory moments that don’t play well in 2019, King contextualizes them and opens them up for discussion. He also ends the book with Travolta’s cinematic comeback in Pulp Fiction which I thought was a nice little bookend.
Posted by BPL Ref at 9:49 AM