Nevermore: Don't Make Me Pull Over, Portrait of a Murderer, Bonesetter's Daughter, Victoria, A Brief History of Everyone, No Friends but the Mountains, 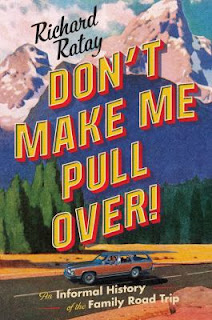 Nevermore decided to kick things off with Don’t Make Me Pull Over!:  an Informal History of the Family Road Trip by Richard Ratay.  In his book, Ratay examines the family road trip from beginning to end, starting with the birth of America’s first interstate highways in the 1950s and the proliferation of vehicles.  Our reader said Ratay’s book was an interesting foray into the niche history of America; however, “it wasn’t as funny as I thought it was going to be.”  Although she found a handful of funny stories scattered throughout the book, she said it was comprised mostly of interesting history and, occasionally, a boring anecdote.  She didn’t think I was a bad book, merely one that wasn’t as amazing as it could have been. 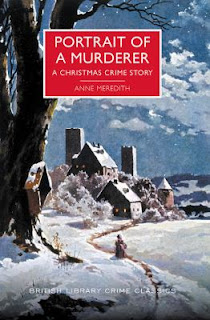 Next, Nevermore explored Portrait of a Murderer by Anne Meredith.  A reissue of the classic mystery, Portrait of a Murderer explores the death of Adrian Gray during the Christmas of 1931—and the murderer who committed the dark deed.  Our reader said Meredith’s psychological mystery was dated, but very interesting.  It follows the process of uncovering a murderer, specifically how one family reacts to the murder of the family patriarch and what happens after the discovery.  Overall, our reader said she enjoyed the book immensely and she highly recommended it to her fellow Nevermore members, especially those who enjoy a good mystery or psychological thriller. 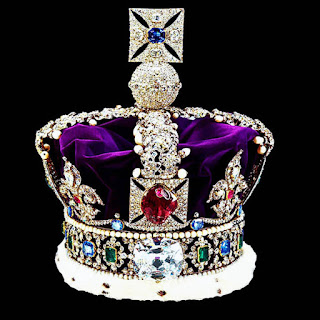 Nevermore also took a look at Victoria:  An Intimate Biography by Stanley Weintraub, which highlights the life and times of Queen Victoria, starting with her birth in 1819 to her death in 1901.  Our reader said Weintraub’s biography weighed in at a whopping 700 pages.  “I feel as if I have had a graduate program on British history,” she told her fellow readers.  Although it was very interesting, very in-depth, she found the pace dragged along and made reading difficult.  She didn’t recommend it, except as a possible sleep aid. 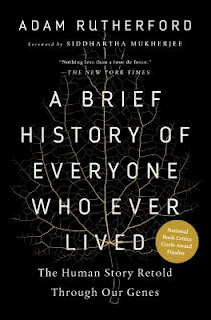 Shifting gears to take a look a more scientific perspective of history, Nevermore reviewed A Brief History of Everyone Who Ever Lived:  The Stories in Our Genes by Adam Rutherford.  According to the inside cover, “This is a story about you.  It is the history of who you are and how you came to be…[but] it is also our collective story, because in each of our genomes we carry the history of our whole species.”  A Brief History of Everyone Who Ever Lived takes readers on a journey through genetics, examining how genes can tell our history and, possibly, even predict our future.  Our reader said she really liked reading Rutherford’s book.  Although it takes an extended look at very difficult, very complicated subjects, it offers insights that are understandable and provides explanations that are easy to digest.  Our reader enjoyed A Brief History of Everyone Who Ever Lived and she highly recommended it to the rest of Nevermore. 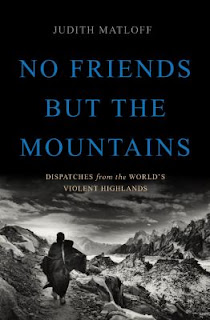 Next, Nevermore shared No Friend But the Mountains:  Writing from Manus Prison by Behrouz Boochani, translated by Omid Tofighian.  In 2013, Kurdish journalist Behrouz Boochani was illegally detained on Manus Island, an island in northern Papua New Guinea, and he’s been there ever since.  Typed out on a mobile phone, his memoir is a vivid and heart-wrenching look at incarceration, exile, and survival.  Our reader said Boochani’s writing is absolutely beautiful, even bordering on poetic.  No Friend But the Mountains is a fascinating look at one man’s experiences, as well as a vivid portrayal of injustice that affects a broad swathe of people.  Although our reader has only finished half of the book, she highly recommends it. 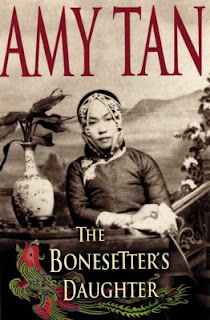 Last, Nevermore explored Amy Tan’s novel, The Bonesetter’s Daughter.  LuLing Young and her daughter, Ruth, have always shared a difficult relationship; however, as Ruth uncovers more about her other’s tumultuous life in China, she discovers more than she ever expected—secrets and terrible curses and profound hope.  Our reader said she was thrilled to simply sit and read The Bonesetter’s Daughter.  “If you’ve ever read Amy Tan,” she told the rest of Nevermore, “you fall in love with her.”  Like all of her writing, The Bonesetter’s Daughter captures a portrait of Chinese culture, human failings, and immigration experience.  Tan creates an involved, immersive story that’s “very, very good,” our reader continued.  She took a week to read Tan’s novel and she delighted in every minute.
Posted by BPL Ref at 9:33 AM

Email ThisBlogThis!Share to TwitterShare to FacebookShare to Pinterest
Labels: A Brief History of Everyone, Ambrea, Bonesetter's Daughter, Don't Make Me Pull Over, Matloff, Meredith, No Friends but the Mountains, Portrait of a Murderer, Ratay, Rutherford, Tan, Victoria, Weintraub