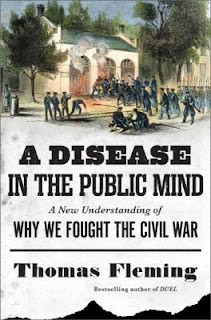 Kicking off Nevermore this week, we looked at a fascinating book by Thomas Fleming titled A Disease in the Public Mind:  A New Understanding of Why We Fought the Civil War.  Described as a “riveting, character-driving history” on the book jacket, Fleming’s book was a fascinating exploration of the Civil War and the divisions that pitted North against South—and why, as Fleming seems to assert, a war was bound to happen with or without slavery as a justification.  According to our reader, Disease in the Public Mind was a marvelous book.  Wonderfully detailed and incredibly well written, Fleming’s book is “the best explanation of why the Civil War started” and how the deep rooted prejudices (and, in some cases, fanaticism) between North and South inflamed—and eventually ignited—violence.  Our reader gave it very high marks, recommending it to history buffs and Civil War aficionados alike. 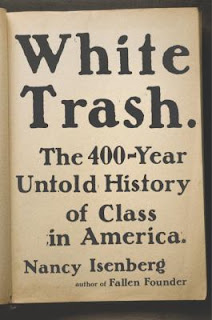 Next, Nevermore took a second (or third) look at White Trash:  The 400-Year Untold History of Class in America by Nancy Isenberg, which takes a long hard look at political and social prejudices that have divided and, in essence, polarized the so-called “class-free” society of the United States.  Isenberg describes the plight of the poor and succinctly looks at how history has shaped Americans’ vision of poverty, how it impacts our reactions and our perceptions of it:  “First known as ‘waste people,’ and later ‘white trash,’ marginalized Americans were stigmatized for their inability to be productive, to own property, or to produce healthy and upwardly mobile children…[and well] into the twentieth century, expulsion and even sterilization sounded rational to those who wished to reduce the burden of ‘loser’ people on the larger economy.”  Our reader said she enjoyed reading White Trash, because, like Disease in the Public Mind, it is incredibly detailed and it looks at racial tensions, as well as class distinctions, that have shaped the American public.  At once jarring and fascinating, Isenberg’s book proved to our reader that “the more things change, the more they stay the same.” 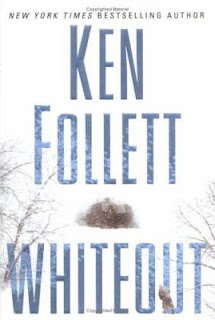 Shifting gears, Nevermore decided to share a suspenseful, yet entertaining read by Ken Follett.  In Whiteout, Toni Gallo, direct of security at a Scottish medical research firm, has a problem:  a canister containing a deadly virus is missing and one of the lab technicians is dead, bleeding from his eyes—which means someone has already released the virus.  Which means the world is about to face one of the most terrifying biological disasters in history.  Our reader said she enjoyed reading Follett’s novel.  Described as fun and frivolous, Whiteout was a wonderful change of pace and it was such an exciting crime story.  Our reader admitted that she finished it in two days, high praise in her book, and said she enjoyed almost every minute of it. 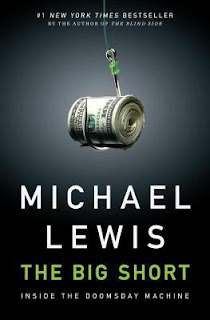 Nevermore also looked at economics and finances—and the big stock market crash of 2008—in The Big Short:  Inside the Doomsday Machine by Michael Lewis.  “The real crash, the silent crash, had taken place over the previous year where the sun doesn’t shine and the SEC doesn’t dare, or bother, to tread,” reads the book cover.  “The smart people who understood what was or might be happening were paralyzed by hope and fear; in any case, they weren’t talking.”  According to Lewis, several people knew that impending financial devastation was on the horizon—and yet, instead of warning anyone, some did nothing and others decided to make millions.  Our reader, who admitted she was not savvy when it comes to the stock market and economics, said she enjoyed reading Lewis’ book.  She understood many of the complicated concepts outlined by Lewis, which she liked, but, most of all, she was duly impressed by the fact the author names names.  Overall, she said it was a great book to read and she recommended it anyone curious about the complicated state of financial markets and stock exchanges. 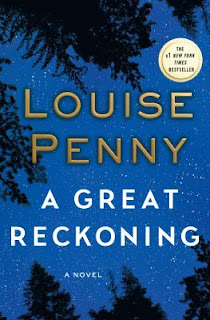 Next, Nevermore pulled out a favorite novelist to share:  Louise Penny.  In A Great Reckoning, our reader revisited Armand Gamache, former Chief of Homicide for the Sûreté du Québec, as he stepped into a new mystery involving a strange old map, four young cadets at the Sûreté academy, a stained glass window with its own horrific secrets—and a murdered professor.  Gamache, along with a young cadet named Amelia Choquet, finds himself caught in a tangled web of secrets and lies that will lead to places that even he is terrified to see.  Our reader, a fan of Penny and her Inspector Gamache series, said she enjoyed loved reading A Great Reckoning.  Although she said the story does become a little technical, she pointed out that it didn’t diminish the novel or make it any less appealing.  It’s Penny’s most recent novel—the twelfth in a long running series—but, according to our reader, it stands well on its own and provides an intriguing, entertaining mystery that will leave the audience breathless.

Last, Nevermore shared The Innocent by Ian McEwan.  Leonard Marnham is twenty-five years old and looking for excitement, and he certainly gets it when he is tasked with tunneling under a Russian communications center to tap phone lines and when he meets the alluring, enigmatic West Berliner, Maria Eckdorf.  Caught up in an international “comedy of errors,” Marnham finds himself risking everything when, in one night—one terrible, terrible night—everything goes horribly awry.  Our reader highly recommended reading McEwan’s novel.  Personally, he said he enjoyed excavating the pieces of Marnham’s and, moreover, he enjoyed the way McEwan writes.  However, he did point out to his fellow readers that “you do need some bravery to read this book.”  It’s guaranteed to surprise and, possibly, horrify.
Posted by BPL Ref at 9:53 AM