This collection of short stories takes place in North East Scotland during the jolliest time of the year. These twelve interconnecting chapters, however, are anything but jolly. There are bungled burglaries, drug deals, kidnapping, and murder and those are just the lighter anecdotes.


This is a quick read and oddly entertaining. I liked the way each story revealed a new twist to the characters from previous chapters. If you’re a fan of authors such as Tim Dorsey and Carl Hiassen then add this to your holiday reading list.

(Note:  a copy is available through Tennessee READS!) 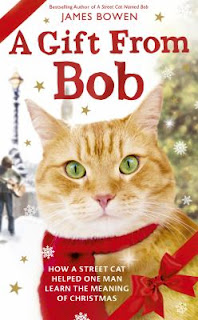 A Gift From Bob by James Bowen


Of course I’m going to pick a book with a cat in it! This is the third book about James Bowen, a drug addict who turned his life around when he found an injured cat and took responsibility for his care.  Even though this book covers some of the same territory as the first two, I found it to be a sweet and thoughtful look at the season as seen by someone who didn’t have a lot to celebrate at the time. 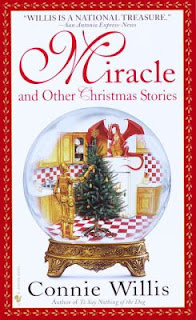 If you’re looking for something a bit more fantastical, then I would recommend Miracle and Other Christmas Stories by Connie Willis.  She’s a science fiction-fantasy writer with a sense of humor and a deft way with characters.  All of the stories in the book are well done, but I found three to be especially memorable for chills, tears, or cheer: 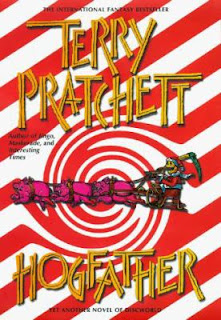 If you’re looking for something fantastical, funny, satirical,and definitely off beat, then I recommend The Hogfather by Terry Prachett.  In Discworld, presents are delivered by the Hogfather, a jolly man in a red suit who rides in a sleigh drawn by eight pigs.  When the Hogfather disappears just prior to his usual gift run, a substitute is drafted—Death.  Let’s just say Death doesn’t quite understand the concept.

Everything I Need to Know About Christmas I Learned From a Little Golden Book by Diane Muldrow is a lighthearted romp through a variety of Little Golden Books.  Remember that "Christmas is Coming", as you see an old fashioned Santa Claus and little animal helpers readying the house for the holidays.  The nostalgic pictures may bring to mind Christmases gone by.  I certainly enjoyed this book as well as other recently published "Everything I Need to Know" Little Golden books.  If you're a fan of Star Wars, Disney, or simply Christmas, be sure to check out this modern take on old classics.
Posted by BPL Ref at 9:56 AM

Email ThisBlogThis!Share to TwitterShare to FacebookShare to Pinterest
Labels: 12 Days of Christmas, Bowen, Connie Willis, Everything I Needed to Know About Christmas I Learned From a Little Golden Book, Gift from Bob, McBride, Miracle & Other Christmas Stories, Muldrow, Prachett