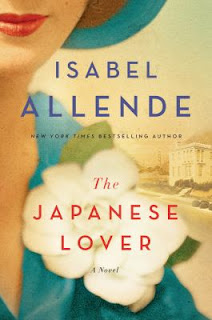 This week in Nevermore, our readers explored a variety of books new to the library, starting with The Japanese Lover by Isabel Allende.  In 1939, Alma Belasco’s parents send her from her native Poland to San Francisco, California, to escape the clutches of the Nazi regime that is starting to make itself seen.  While living with her aunt and uncle in America, Alma meets Ichimei Fukuda, the son of a Japanese gardener, and she falls in love.  But when Ichimei and his family are relocated after the Japanese attack on Pearl Harbor, Alma and Ichimei keep their relationship a closely guarded secret—and cultivate a love that blossoms over seventy years.  Our reader was very impressed by Allende’s latest novel, saying it was a very good novel and it was “very beautiful” with its evocative language and it’s tender, lovely characters.  Overall, she enjoyed The Japanese Lover and recommended it to other readers. 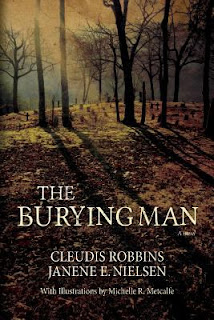 Next, our readers discussed The Burying Man, a novel by Cleudis Robbins and Janene E. Nielsen.  Set in the “hills and hollers of Appalachia,” The Burying Man is a story that recounts the struggle of one family that’s caught in the midst of the Bloody Harlan County Coal Wars—one that will try to destroy Mournful Grace, his wife Evangelene, and their daughter, Bud, who narrates their tragic tale.  Although our Nevermore reader hadn’t yet finished reading Robbins and Nielsen’s novel, she said she found it to be one of those books that’s incredibly enjoyable to read.  “[The Burying Man] doesn’t use dialect, rather it uses the language in a way that’s easy to understand,” our reader pointed out.  Like Denise Giardina’s novel, Storming Heaven, Robins and Nielsen take advantage of the language quirks in Appalachia and manage to convey the tone and flavor of Appalachian culture without turning their characters into mere caricatures. 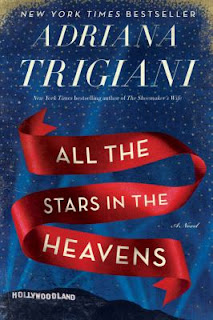 Our next book is far removed from the hills of Appalachia, returning to California to visit the Hollywood Hills in All the Stars in Heaven.  Adriana Trigiani’s latest novel brings to life the glittering, glamorous—and terribly brutal—world of Tinsel Town, offering an insightful look into the relationship of Loretta Young and Clark Gable, weaving a masterful story about scandal and adventure.  Our Nevermore reader said it was a “curious history of Hollywood,” an intriguing blend of history and fantasy that reflected the radiance of the era.  It also reflects Trigiani’s usual style of storytelling with larger-than-life characters, unforgettable stories, and endearing heroines who are sure to capture reader’s hearts.  Our reader recommended it to the group, saying it was both interesting and, more importantly, fun to read. 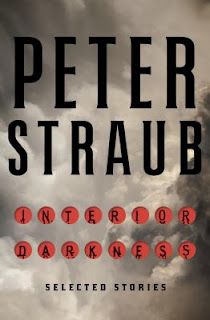 Additionally, our readers looked at a brand new collection of stories by Peter Straub.  Titled Interior Darkness, Straub’s latest is a collection of 16 selected stories that he compiled over twenty-five years of experience—stories that provide a close examination of the human heart and the darkness that lurks within all people.  Moving from stories like “Blue Rose” and “Mr. Clubb and Mr. Cuff” and “The Ballad of Ballard and Sandrine,” Straub writes tales that encompass all human experience and offer a glimpse at the interior darkness that many harbor.  Our Nevermore reader said that the stories in Straub’s latest collection were both fascinating and interesting.  While some were “quite dark,”  all offered intriguing glimpses into the thoughts and minds of people. Interior Darkness contained an interesting set of stories that definitely made him think. 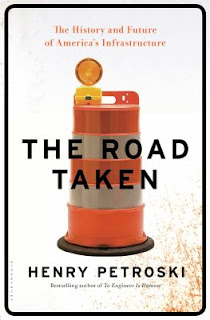 Next, Nevermore looked Henry Petroski’s brand new book The Road Taken:  The History and Future of America’s Infrastructure.  According to Petroski, many roads in the United States have been rated poorly by the American Society of Civil Engineers while roughly sixty-five thousand bridges have been classified as “structurally deficient.”  He notes that the things taken for granted by drivers—such as stop signs, guard rails, traffic lights, speed limits, interstate systems—did not always exist; however, they are now a crucial part of the American infrastructure.  Petroski offers an in-depth look at the American roadways of today and the roads of yesterday, providing an insightful report on the infrastructure that’s now crumbling.  Our reader was fascinated by Petroski’s book.  He said it was interesting (certainly interesting enough to stir quite a bit of discussion among our book club members) and simultaneously comprehensive, since it looked at the history of road building from Colonial America and beyond and, more importantly, offered an absorbing look at the railway system that nearly killed the roadways.  He highly recommended it to other readers and soon hopes to look at some of Petroski’s other works, which often look at everyday items like toothpicks, pencils, pens, and more. 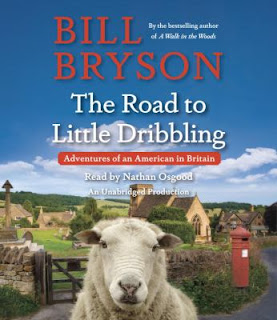 Last, our book club discussed The Road to Little Dribbling by Bill Bryson.  Bryson, who is famous for his Notes on a Small Island and A Walk in the Woods, has written a new book on his return to England,  his adopted country.  Part travel narrative, part memoir, The Road to Little Dribbling is a fascinating examination of the culture and history of Britain, celebrating the same eccentric and wonderfully beautiful country he loved—and taking a long, hard look at the changes time has made.  Our reader, while impressed by some of Bryson’s other works, was less enthusiastic this time around.  He found he didn’t care as much for The Road to Little Dribbling for two reasons:  one, he found Bryson spent less time actually illustrating his travels in England and more time griping about the things which changed which the author didn’t like; and, two, he found Bryson’s language a little less than appealing.  Altogether, he said it was a fine book; however, he said it was ill-suited for him.
Posted by BPL Ref at 10:04 AM