Nevermore began with a familiar book for us at the library:  Fat Cat Art:  Famous Masterpieces Improved by a Ginger Cat with Attitude by Svetlana Petrova—which features none other than Zarathustra, Petrova’s now famous twenty-two-pound, ginger-colored cat.  Beginning as an internet sensation, Fat Cat Art completely rewrites art history by taking some of the world’s greatest works of art (The Mona Lisa by DaVinci, Creation of Adam by Michelangelo, the Lascaux Cave wall painting, Declaration of Independence by John Trumball, The Kiss by Gustave Klimt, and much more!) and adding a delightfully plump cat.  Our Nevermore reader thought it was great book to read.  An amusing book filled with many wonderful illustrations, Fat Cat Art (along with Cats Gallery of Western Art by Susan Herbert) earned a lot of laughter from our readers—and some very good recommendations. 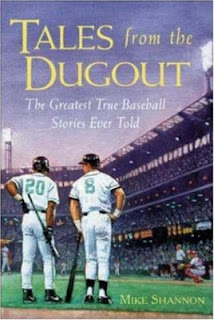 Next, our readers looked at Tales from the Dugout:  The Greatest True Baseball Stories Ever Told by Mike Shannon.  In Tales from the Dugout, Shannon compiles some of the most interesting stories about baseball’s most famous—or, sometimes, its most obscure—players.  Our reader, who is a fan of baseball, found Shannon’s book especially informative.  She said it was interesting to read so many stories about the baseball stars she knew and loved, but, more importantly, she was excited to learn about baseball players she never knew.  Ed Whitson, for instance, played for the New York Yankees—and he was locally known!  Born in Johnson City, Whitson was drafted to the major leagues after he completed high school in Unicoi County.  Our reader was fascinated by this book’s local connection to the region. 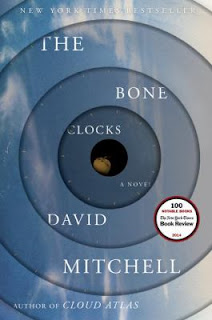 One of our readers also finished reading The Bone Clocks by David Mitchell.  In our last meeting, our reader discussed Mitchell’s novel—in which Holly Sykes, a psychic with unexpected connections to two warring tribes of mystics, is caught in a dangerous supernatural war—and his experiences with the novel so far.  After finishing The Bone Clocks, he said he enjoyed it overall.  “It’s quite a bit to keep up with,” he said, “[but] it keeps you on your toes.”  He also thought Mitchell’s book was interesting because it introduced him to British slang, including new words he hadn’t had the opportunity to see. 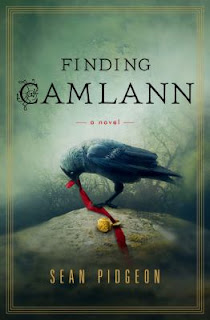 Additionally, our readers delved into Finding Camlann by Sean Pidgeon.  Donald Gladstone is an archaeologists and, like many in his field, he is fairly certain King Arthur never existed; however, when new facts are unearthed at Stonehenge, he decides to reevaluate what he knows and, after joining Julia Llewllyn, a linguist who is working with the Oxford English Dictionary, he sets off to discover the truth of King Arthur—and change history as we know it.  Our reader was rather impressed by the way Pidgeon manages to incorporate mythology, history, and mystery all at once.  She said it was “good to read, but sort of tricky” with all the elements of mythology and history that the author combines. 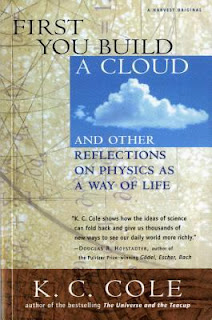 Last, our readers explored First You Build a Cloud:  And Other Reflections on Physics as a Way of Life by K.C. Cole.  Like Physics of the Impossible by Michio Kaku—which our readers explored last week, and this week—First You Build a Cloud explores physics, including gravity and light, quantum leaps and quasars, atomic particles and more.  Cole manages to explain complex mathematics and astrophysics for readers to understand and, more importantly, enjoy.  Our reader said she found it fascinating and, while she still might not understand much about quantum leaps, she does find she learned quite a bit more from K.C. Cole’s book.
Posted by BPL Ref at 12:07 PM