According to The Battle For Christmas by Stephen Nissenbaum, one of the first recorded descriptions of an American Christmas tree came from a book by Harriet Martineau, a British visitor to the U.S. who witnessed a tree in Massachusetts in 1835.  The tree was covered with small gifts and lit candles, and hidden from the children until the grand surprise. According to Nissenbaum, the story is a great deal more complicated than that, but it does serve to establish the Christmas tree in America relatively early—and before Queen Victoria married Prince Albert, which is the usual explanation for the custom outside of Germany. The description by Martineau includes details which would make modern readers cringe:  the children were told to take only those things which they could reach without burning themselves, while “we tall people kept watch.” 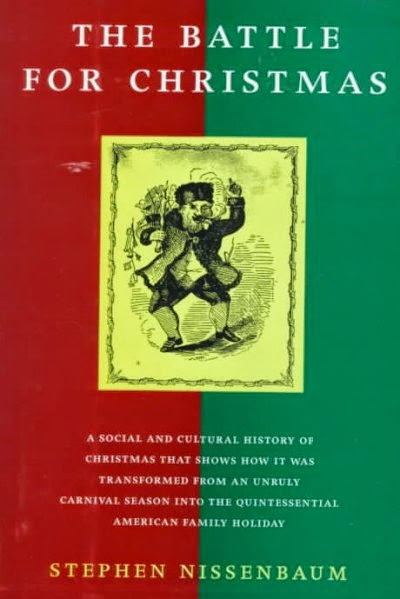 Eliot Wigginton’s students in Georgia went through the community collecting stories from older residents about everyday life which they compiled into books with the word “Foxfire” in the title.  The accounts in A Foxfire Christmas vary about Christmas trees: one informant remembers seeing his first tree at a community event, while another remembers decorating a tree—but no candles because her father was a fire warden.  Others spoke of making ornaments from bread dough or crepe paper, stringing popcorn garlands or making gingerbread figures to hand from trees.

Laurie:  We used to put up our Christmas tree on Christmas Eve.  We’d decorate it and enjoy it until January 6.  Then we’d take off our ornaments and decorate the tree with edibles for the birds.  We string cranberries and popcorn, put out birdseed in little cups, and put out suet so the birds could feast.

Jeanne:  I dimly remember having a live tree when I was very small, but the smell of fresh pine made my mother’s allergies act up so we went to artificial trees very early.  Of course, that meant one of those newfangled aluminum trees!  Somewhere I have a photo of one of the cats with that tree.  Besides, my mother used to read us the Hans Christian Andersen story, “The Fir Tree.”  Quite the tear jerker!  I was desperately sorry for the poor little tree and so glad our artificial tree wouldn’t meet that fate. 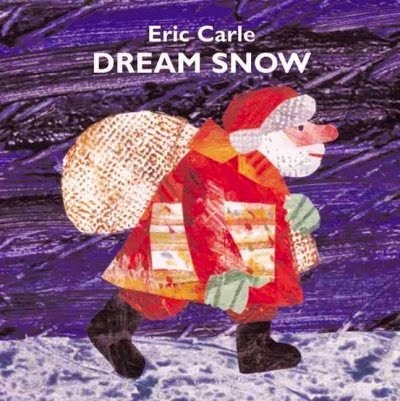 Michelle:  I think of Eric Carle’s Dream Snow.   It’s a picture book about a farmer who  worries there won’t be any snow for Christmas.  When he awakens, it has snowed and he decorates a tree with gifts for his animals.  The book has a button that plays some really pretty music at the end to highlight the wonder of the snow and the tree. 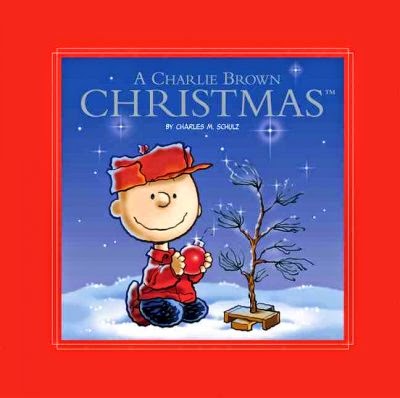 Selena:  I always think of the tree in A Charlie Brown Christmas. The Children’s Library has a Charlie Brown tree!  Come and see it!

I also think of the Christmas tree scene in A Tree Grows in Brooklyn by Betty Smith.  It’s not a Christmas story, but there is a scene where a Christmas tree plays an important role.  The Nolans are a desperately poor Irish American family in the early 1900s.  The father earns money as a singing waiter when he’s not drunk.  The mother is very strict and works very hard to keep the family going.  The story is told by Francie, the young daughter of the family, who dreams of a better life.  At Christmas, they can’t afford a tree but if you go to the tree lot on Christmas Eve, the owner will throw out the unsold trees.  The rule is that you have to catch the tree and remain standing to be able to take it home.  If you fall, then you don’t get to keep it.  Francie wants a tree so badly and she and her younger brother Neely decide to try to catch a big one, a ten foot tall tree.  It’s a wonderful book. 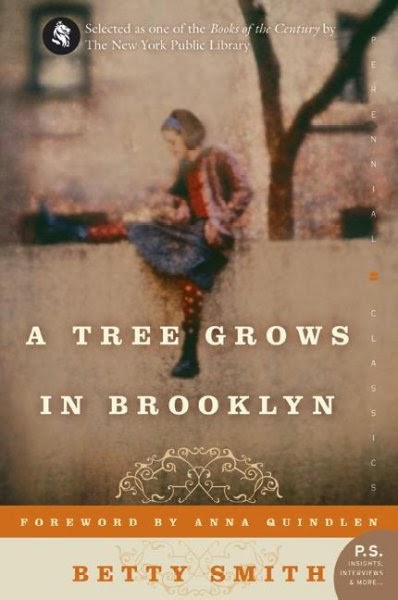 Pam: My favorite is The House Without A Christmas Tree by Gail Rock.  It’s set in the 1940s.  Addie wonders why her father won’t allow a Christmas tree in the house.  That book was part of an excellent series about Addie, who is an intelligent and ambitious girl. I used the books with my kids a lot and we all loved them.
Posted by BPL Ref at 1:24 PM