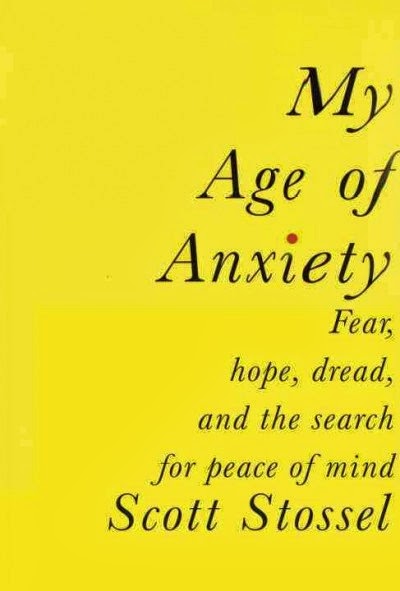 My Age of Anxiety by Scott Stossel was a  featured book at a recent Nevermore meeting.  Our reviewer said that this wasn’t a book he particularly wanted to read, but he became fascinated by it. He compared to it Awakenings, the book by Oliver Sacks, about patients in a mental hospital.  Stossel is a very anxious man, a man of many tics and phobias, who uses his own problems with the disorder to examine anxiety in general.  A basic question is, “When did anxiety/ panic attacks start?” There was no listing for either as a diagnosis as recently as 1979 in the DSM (Diagnostic and Statistical Manual of Mental Disorders). Since then a number of such disorders have been added.  This led to a discussion of the various disorders which have been added to dropped from the DSM. Stossel examines various theories as to the cause of anxiety disorders (cultural, environmental, genetic, etc.) as well as a general history. He also details the various treatments, including his own, which have been employed with mixed results. Our reviewer said that Stossel is an intelligent and good writer who, in an effort to understand his own afflictions, has produced a book that is both interesting and enlightening.  It comes well recommended. 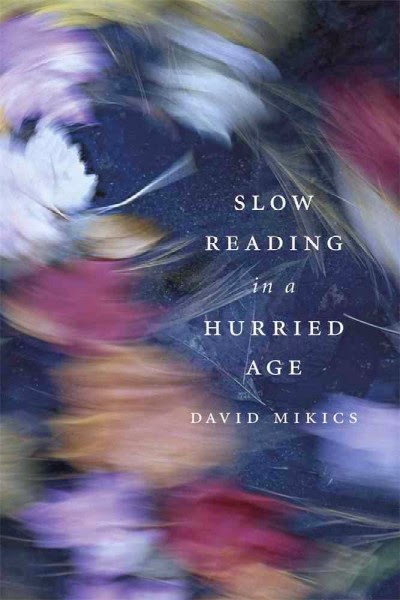 Author David Mikics sees another disorder of modern times in the way that people read—or rather, the way they often fail to read.  In his book Slow Reading in a Hurried Age, Mikics argues that people now skim instead of actually reading, without really absorbing what is written.  The result is distracted reading, intended to glean information but not enrichment, and causes today’s readers to miss out on how rewarding literature can be.  To remedy that situation, he offers suggestions for people on the best ways to read for appreciation.  Our reviewer wanted to like the book very much, but said that this book should have been better written:  it should have engaged the reader and been more about the excitement of reading. 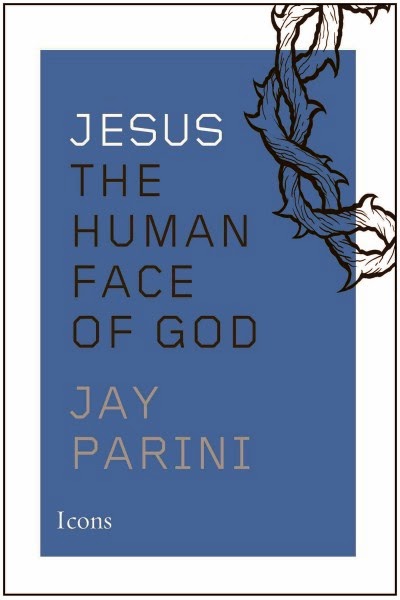 Changing from current social trends, the next book was Jesus:  The Human Face of God by Jay Parini which was described as a more traditional view of Jesus than that found in the recent book  Zealot by Reza Aslan.  Parini is a professor of English and Creative Writing, and an author of novels and poetry as well as non-fiction books.  His writing is insightful and engaging, making this a thoughtful book which is a pleasure to read. 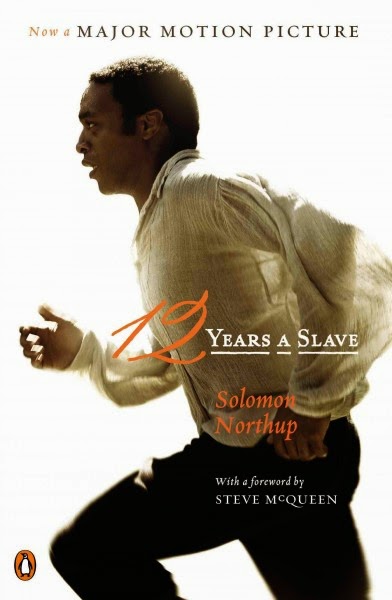 Twelve Years a Slave  by Solomon Northup is, of course, the autobiography of the man who was kidnapped and sold as a slave and whose story was the basis for the recent award-winning movie of the same name.  While the book was published well over a century ago, the movie has brought the book back into prominence. Its age makes it a public domain book, so the selling point for new editions are the various extras a publisher provides or else material that reflects a tie-in with the film, as in the above example.  The version Jud brought in had added maps, photographs of the real people involved, reproductions of documents, and other such material.
Posted by BPL Ref at 5:06 PM