Nevermore Gets Historical: Revolutionary Summer, Coup, and How the States Got Their Shapes Too 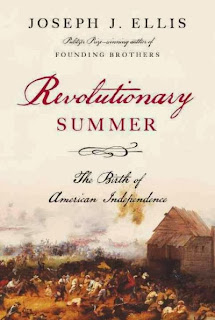 Jud started off the book club discussion with a couple of non-fiction books, including Revolutionary Summer: The Birth of American Independence by Joseph J. Ellis.  As one of several American history books that Nevermore members have read recently, this book focuses on the summer of 1776.  An outstanding part of this book was noted to be the importance of George Washington, not just as a great general, but as one who held the fledgling country together in a time of great change.  Also, this volume includes a small but important profile of Abigail Adams, as she urged her husband, John Adams, to “remember the ladies” in the newly declared independence. 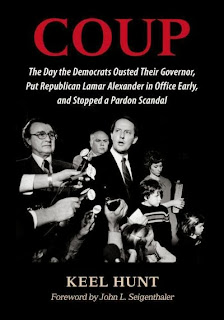 Another reader gave a thorough overview of Coup: The Day the Democrats Ousted Their Governor, Put Republican Lamar Alexander in Office Early, and Stopped a Pardon Scandal by Keel Hunt.  This was a story of political corruption in the 1970’s when Governor Ray Blanton was planning his last minute political pardons, including a possible pardon for James Earl Ray, assassin of Dr. Martin Luther King, Jr.  A bipartisan effort came together to install Lamar Alexander, the governor-elect, in office earlier than expected, so that Governor Blanton would not have a chance to make his pardons.  Of particular note was that the spirit of cooperation between Republicans and Democrats made Alexander’s gubernatorial term extremely productive. 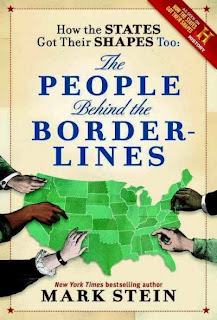 Rounding out the non-fiction, another reader recommended How the States Got Their Shapes Too: People Behind the Borderlines by Mark Stein.  The previous volume (simply titled How the States Got Their Shapes) spawned a History Channel series of the same name, so the second book delves a bit deeper into the background of the people who purposefully or not, influenced the borderlines between the states.  While Thomas Jefferson is spread across much of the map, many other lesser-known individuals are highlighted in the struggle for governance of lands in the New World.
Posted by BPL Ref at 9:00 AM