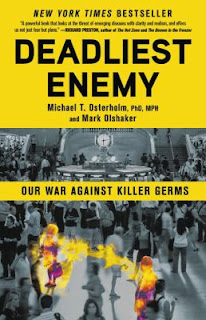 Our first book was the timely Deadliest Enemy by Michael T. Osterholm. Our reader highly recommends this non-fiction book, in which the author both predicts a pandemic and outlines a prescription for how to handle it. Osterholm especially notes a pandemic can’t be controlled unless we have a vaccine. This book was released in May 2020, at the beginning of the Covid-19 pandemic. The author points out that previous pandemic viruses including SARS, MERS, AIDS, tuberculosis and malaria are still with us and that we should never forget them. He goes on to talk about antibiotic resistant organisms and how they are so very dangerous – they are ticking biological bombs.  One example he points out are the microbial mats on the walls of Carlsbad Caverns - the bacteria sampled from the walls are already resistant to penicillin and synthetic antibiotics even though they have never been directly exposed to synthetic antibiotics. 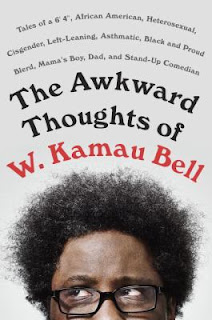 Our next reader read three books that left her unsatisfied. First, The Awkward Thoughts of W. Kamau Bell: Tales of a 6' 4", African American, Heterosexual, Cisgender, Left-Leaning, Asthmatic, Black and Proud Blerd, Mama's Boy, Dad, and Stand-Up Comedian, which she thought was a very good book, but a bit over her head as she couldn’t totally identify with it but liked anyway. Next on her reading list was The Long Hello: Memory, My Mother and Me by Cathie Borrie, a memoir about the author’s mother dying with Alzheimer’s disease. Our reader thought this book was just okay, and that there other books that are better. Last was a parody of the classic Gone With the Wind, entitled The Wind Done Gone, by Alice Randall, told from the perspective of Cynara, the mulatto half-sister of Scarlett, who she just called “the other.” Our reader found it just silly and felt it was a waste of her time. 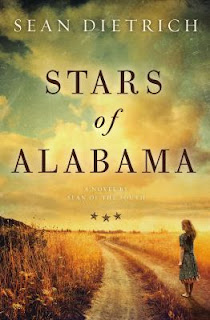 Next up was The Stars of Alabama by Sean Dietrich. This novel begins during the Depression with Marigold, a 15 year old girl who has a baby by her father. Rejected by her family, she leaves home to fend for herself. One day she hides the baby in the woods in order to go find food, and somebody else finds and takes the seemingly abandoned baby. Our reader said that she enjoyed this book, but it was not a favorite.

Our next book club member picked up A History of the World in 10 1/2 Chapters by Julian Barnes. These eleven (or ten and a half) seemingly unconnected stories have an interconnecting thread that becomes apparent as the book goes on. This book surprised our reader and was not what she had expected when she picked it up, but she called it well worth reading. 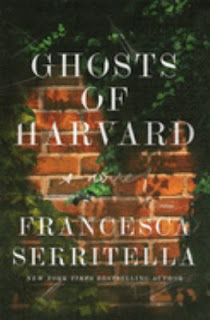 One staff recommendation this week was Ghosts of Harvard by Francesca Serritella. Cady Archer is a freshman at Harvard, despite the fact that her mother strongly disapproved of her college choice.  Cady’s older brother Eric struggled with mental illness for years, and had committed suicide at Harvard only the year before. As Cady struggles to adapt to the stresses of college academics and social interactions, she starts to hear voices – just as Eric had.