Nevermore: Woman of No Importance, My Grandfather Woud Have Shot Me, Lit Stitch, You Are the #1 Target 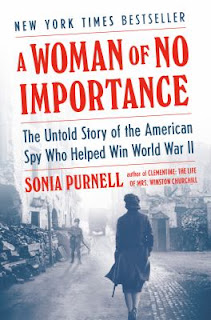 World War II non-fiction remains popular with Nevermore readers.  A Woman of No Importance by Sonja Purnell is the incredible true story of an American woman who became one of the Allies’ most important assets in Europe.  Virginia Hall began her storied career as a clerk with the State Department, but her gender and a disability—an accident left her with a prosthetic leg—disqualified her from advancing.  She was recruited by the British for the Special Operations branch and was deployed to France where she amassed a vast Resistance network.  Our reviewer said she had some trouble with the multitude of French names but liked the book.  While Hall had some unprecedented triumphs—she became a highly ranked official in the CIA—her gender and perceived disability were held against her.  No matter her achievements, she was still seen as “a damaged woman.” 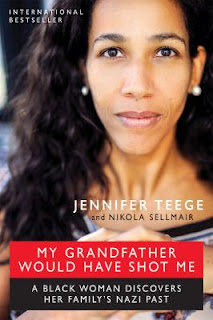 My Grandfather Would Have Shot Me by Jennifer Teege is the memoir of a half German, half Nigerian woman who was raised given up for adoption.  She had some contact with her biological mother and grandmother but until she picked up a book about World War II, she had no idea that her maternal grandfather was Amon Goeth, a vicious Nazi who was executed for crimes against humanity.  As Teege does her research, she realizes that her grandfather would have killed her just as he killed so many others in Krakow and Plaszow because of their race or ethnicity.  The club members were quite interested, discussing how the author struggled to come to terms with her heritage. 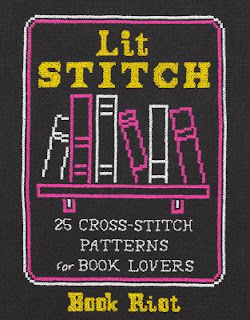 Since a number of Nevermore members are staying close to home, one of the library staff brought in Book Riot’s Lit Stitch:  25 Cross Stitch Patterns for Book Lovers.  The book features whimsical patterns for wall hangings, bookmarks, and other items—including one viewer thought would make a darling baby bib.

With cyber-crime on the rise, each day seems to bring a new threat to personal security.  In You Are the #1 Target, a number of cybersecurity experts offer tips for protecting yourself online.  Although the essays are geared toward business owners, many of the tips are applicable to individuals.  Our reader said she had certainly picked up some tips.  Interestingly, one of the experts is a local business owner which some members found intriguing.
Posted by BPL Ref at 9:00 AM

Email ThisBlogThis!Share to TwitterShare to FacebookShare to Pinterest
Labels: Book Riot, cross stitch, cybersecurity, Internet, Lit Stitch, My Grandfather Would Have Shot Me, Purnell, Teege, Virginia Hall, Woman of No Importance, You Are the #1 Target