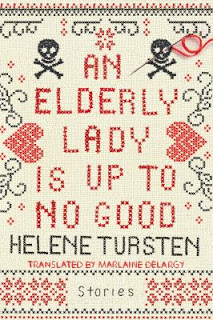 An old favorite made another appearance at Nevermore:  An Elderly Lady Is Up to No Good by Helene Tursten.  This slim volume is a collection of stories featuring Maud, an 88 year old woman who wants to live in peace and comfort—and is willing to go to extreme lengths to see that she can.  Our reader loved it as had most before, though someone asked, “Is it because we are old or because we don’t want to put up with any nonsense?”  The group was too busy laughing to answer, but someone did add that Maud is “someone you don’t want to piss off.” The stories were originally published in Swedish. 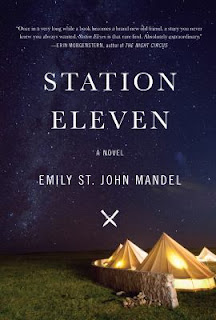 Next up was Station Eleven by Emily St. John Mandel. The book, published in 2014, is set in an apocalyptic world where a deadly flu has ended 99 percent of human life.  The book revolves around a group of survivors who travel from place to place searching for traces of civilization. They have formed an acting troop, as most of them had connections to an actor who died on stage just before the pandemic began.  Although the book had been praised by other readers, this time the Nevermore member put it aside after the first chapter because it just seemed all too possible these days. 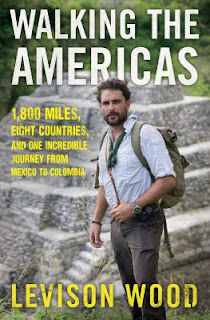 Walking the Americas by Levison Wood was praised as being an entertaining and vivid description of an amazing journey.  Wood, a British adventurer and travel writer, starts his 1800 mile trek in the Yucatan, crossing eight countries. The reviewer said she enjoyed it because she could visualize the countryside as he walked and that Wood has a sense of humor.  She found it to be an easy read. 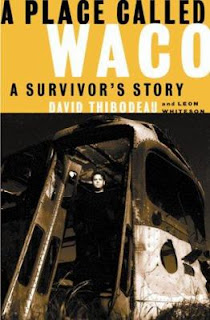 Our next member had watched a documentary on Waco and the Branch Davidians and now is reading books about the incident.  Others in the group recommended A Place Called Waco by David Thibodeau as an interesting and informative book on the subject.  Written by a surviving member of the group, the book provides an insider’s view of events. 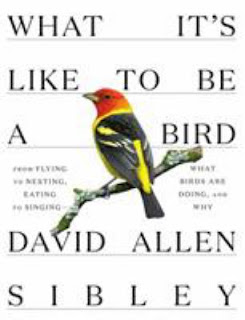 Being quarantined has made some hobbies and habits be of greater importance, such as gardening and birdwatching.  Birdwatcher’s Daily Companion by Marcus H. Schneck and Tom Warhol provided some ideas and information, but the reader said she actually found Cornell’s www.allaboutbirds.org site and app to be better at providing identification.  The book did list activities to attract birds, places to visit to see birds, projects, etc.  Another book she enjoyed very much was What It's Like to Be a Bird by David Allen Sibley which does an excellent job of exploring bird behavior.

Email ThisBlogThis!Share to TwitterShare to FacebookShare to Pinterest
Labels: Birdwatcher's Companion, Elderly Lady Is Up To No Good, Place Called Waco, Schneck, Sibley, St. John Mandel, Station Eleven, Thibodeau, Tursten, Walking the Americas, Warhol, What It's Like to be a Bird, Wood