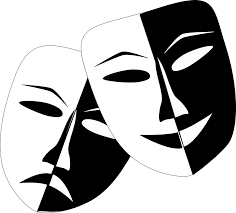 Buried Child is a Pulitzer prize winning play written by Sam Shepard that seeks again to tackle the issue of the American Dream and its potential downfalls. Taking place during an economic downturn and the supposed degradation of morality in America, Shepard’s play puts an interesting spin on the typical family drama. What makes this play stand out amongst others is that instead of using larger-than-life caricatures of familiar personality types to express its message, the play throws a curveball and makes each character a sort of inversion on the typical “nuclear family” roles the reader is likely to expect. The father is powerless and lazy, the mother is hardly ever present, the children have failed to follow in the “family business” as per tradition – and to top it all off, a layer of mystery is added as we find out that seemingly everyone has forgotten about the existence of Vince, one of the youngest members of the family. What follows is a brief read that is very engaging and often confusing – but in the right kind of way, where you are likely to read the entire thing in one sitting just to unwrap the tightly packed family secrets kept just out of reach.

Despite the depressing subject matter and setting, Buried Child’s writing is often humorous in a unique way. In the opening scene, the old and depressed patriarch Dodge has trouble hearing his wife, causing lines to be repeated and frustration to arise between the characters. Moments like this not only serve to emphasize the tedium and growing anger in the family’s life, but also are great for a laugh as the written font gradually increases in size to convey the two shouting, for example. The genius of Buried Child’s comedy is that it always is presented in a way that highlights the depression the characters are going through, so it isn’t always just cheap laughs – it’s trying to get at a main idea, too. Another example is Dodge and his son Tilden’s total fixation on ears of corn. Dodge simply doesn’t believe that corn could be found anywhere nearby, but Tilden insists that it’s right outside. This back-and-forth goes on just long enough to become humorous, while also being reflective of the mindset one may have during a time of extreme economic struggle.

Buried Child is a unique read that is well worth the attention of any fan of drama. Taking the traditional “nuclear family” story and turning it inside-out with an added layer of mystery, it never fails to grab the reader’s attention. The play doesn’t use any archaic language and is overall easy to follow provided you read it carefully. As always, I would recommend seeing it performed via YouTube or some other medium if you enjoy it, as seeing things played out in person adds a further understanding to the events that unfold. In the end, the story may not resolve itself in the way you expect, but it certainly does provide a fresh scenario that allows for deep critical analysis and interpretation on the reader’s part.


James Baur is a student at Valparaiso University, in Indiana who lives in Bristol when not away at school. While he studies Japanese and Accounting, he has always had a strong interest in literature and drama, especially classic works.