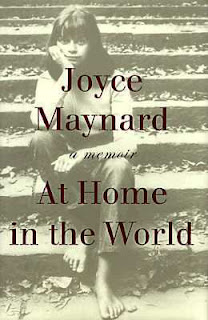 Nevermore kicked off their meeting with At Home in the World by Joyce Maynard.  When Maynard was entering her freshman year at Yale she received a letter from J.D. Salinger that changed her life.  He had read a story she wrote for The New York Times and admitted he admired her—and not long after, she went to live with him.  He was fifty-three; she was eighteen.  In her memoir, Maynard looks back on that year with Salinger and the repercussions of the choices she made.  Our reader said Maynard’s memoir is fascinating.  “[Maynard] is an exceptional writer,” she continued, raving about the raw emotions and honesty with which she imbues her work.  She highly recommended it to her fellow readers, noting it was a book that is real and heartbreaking and uplifting in its own way.

Next, Nevermore tackled Plain Speaking:  An Oral Biography of Harry S. Truman by Merle Miller.  Composed of interviews originally intended for a television program, Plain Speaking is a book that breathes new life into the man known as Harry Truman.  Miller’s book offers insight into the thoughts and reflections of the former president, as well as provides careful background details regarding his tenure as a politician and his life beyond the Oval Office.  Our reader thought Plain Speaking was an interesting book.  At once readable and relatable, Miller’s biography proved to be thoroughly enjoyable for the insight it gave into Truman’s life and his bluff, plain-speaking personality. 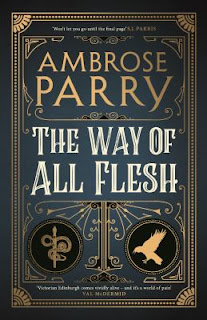 The Way of All Flesh, a novel by husband and wife team under the name of Ambrose Parry, followed next.  Set within the medical community of Edinburgh in 1847, The Way of All Flesh is an eerie tale of greed, murder, and suspicion that draws Sarah Fisher and Will Raven into a mystery that could change them—or destroy them forever.  Similar to both The Anatomist’s Apprentice by Tessa Harris and Beloved Poison by E.S. Thompson, The Way of All Flesh is a dark mystery set in a time of great change and upheaval within the medical world.  Our reader said it was an interesting novel that drew her in and kept her attention.  Although she didn’t rave about it, she thought it was a decent piece of work and happily passed it on to the next reader. 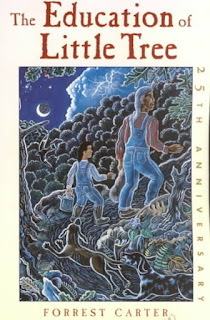 Nevermore also checked out The Education of Little Tree by Forrest Carter.  In this novel, Carter tells the story of “Little Tree,” a Cherokee boy who was orphaned and raised by his grandparents.  He spends his childhood learning how to live in the Cherokee Way, but when he is taken away to be schooled by whites, he discovers that their way of life is much different from the one he lived and loved.  Our reader admitted she has actually read Carter’s novel several times.  “It’s one of the best books I’ve ever read,” she said.  “It’s my favorite book.”  She continued, saying she thought it was such a captivating, heartbreaking story, and she couldn’t recommend it highly enough to her fellow readers. 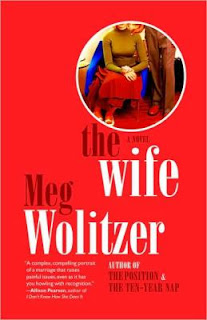 Next, Nevermore shared The Wife by Meg Wolitzer.  Joan Castleman has supported her husband, Joe, for decades.  Once, she dreamed of having her own literary career, but, instead, she has spent her entire marriage dedicated to Joe and his future—and now she’s decided it’s time to stop.  Our reader absolutely adored reading The Wife, surpassing even Nevermore fan-favorite The Box.  She admitted that she couldn’t put it down after she started reading.  She found Wolitzer’s novel to be absolutely captivating, creating characters who are sympathetic and a story that is enchanting and riveting and, in the end, absolutely breathtaking.  She loved reading it, and she was so very glad for the recommendation of it.

Nevermore wrapped up their meeting with Saint Maybe by Anne Tyler.  Ian Bedloe lives an ideal life:  he’s a start athlete in high school, his future is bright, and his family is happy, stable, and practically perfect—until a vicious rumor incites tragedy that leaves Ian weighted down by guilt and struggling to breathe.  Now, Ian is seeking redemption and penance and peace, and he might just find it in the life he chooses to build for himself and the ones he loves.  Our reader said she loves the way Anne Tyler writes.  “It’s descriptive and beautiful,” she told Nevermore.  “[And] it has a poetic little ending.”  Although she revealed she enjoyed Clock Dance more, she still found Saint Maybe to be a wonderful, satisfying book that just lifted Tyler higher as a favorite author.
Posted by BPL Ref at 9:11 AM