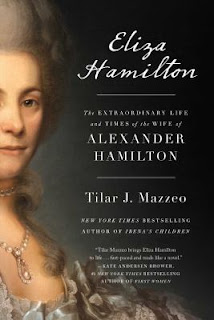 Several of our Nevermore members have enjoyed reading about the Founding Fathers and Mothers of the United States, such as George Washington, John and Abigail Adams, and Alexander Hamilton.  This week began with a biography of Hamilton’s wife.   Eliza Hamilton by Tilar J. Mazzeo begins the story in Eliza’s childhood and continues it until the end—which was quite some time, since Eliza outlived her husband by decades and died at the age of 97. Our reader said the book was very informative and well written, and oh, how she wishes Eliza hadn’t burned the letters! 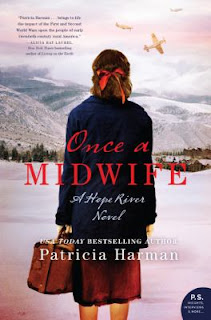 Patricia Harmon’s newest title is Once a Midwife.  In this third entry, Hope River, WV is starting to emerge from the Great Depression, but the looming threat of a second world war has everyone on edge.  Patience Hester, the local midwife, is struggling to support her family and to keep them safe after her husband Daniel refuses to sign up for the draft.  The carnage he saw during WWI made him vow never to go to war again.  Not only is there pressure from the community who see him as being unpatriotic, but he could be facing arrest.  The Nevermore reviewer enjoys this series for the characters and the setting.   “Expect lots of births!” she added. 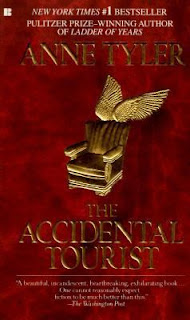 Perennial favorite Anne Tyler’s book The Accidental Tourist up next.  Macon is the author of a series books called “The Accidental Tourist,” providing travelers with advice on how to avoid unexpected surprises on their trips.  Avoiding the unexpected is also the theme of Macon’s life, something that becomes more difficult after a tragedy that alters his world forever.  In trying to pick up the pieces, he meets a woman whose happy go lucky outlook is in stark contrast to his own.  The book was deemed another winner from Tyler, and recommended. 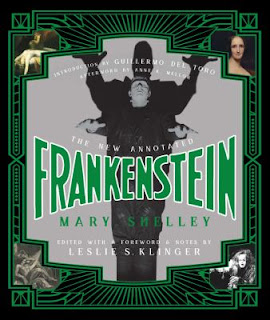 Frankenstein by Mary Shelley is a book everyone thinks they know, but actually reading it came as a revelation to our next reviewer.  She was impressed with the quality of the writing and with the complex characters and themes.  She suggested that everyone give the book a try to see what they had been missing with just the video and theatrical versions.  There was near-unanimous agreement that “old books are the best books.” 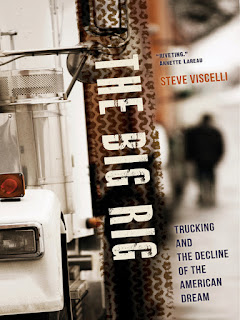 Finally, Big Rig: Trucking and the Decline of the American Dream by Steve Viscelli drew the attention of a Nevermore member who had once worked as a long haul trucker. Viscelli examines how a profession which once provided well-paying jobs has turned into what some have called “sweatshops on wheels.” Many drivers are now contract employees who have to invest thousands of dollars to buy their own rigs. (A cab and trailer can run around $200,000.) Our reader had some experience as a trucker and thought the book was very, very good in its analysis but that the book could have used an editor.
Posted by BPL Ref at 9:00 AM