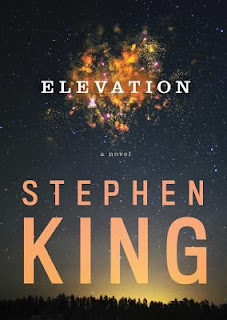 Scott Carey has a bit of a problem.  He’s losing weight, though usually that would be welcome for the middle-aged, mostly-sedentary web designer.  A loss of a pound or two a day seems unusual, and the even stranger thing is that his clothes aren’t fitting any differently.  In fact, the clothing seems to have nothing to do with his weight.  Scott can step on the scales fully dressed with his heaviest parka or buck naked; the scale will display the same number.  And that number is going down daily.

Scott shares his puzzlement with his doctor friend, Bob Ellis.  Doctor Bob doesn’t believe that it’s possible, but sure enough, Scott can step on the office scales in his skivvies or fully bundled for the oncoming New England winter and still weigh the exact same amount.  Plus, he’s feeling lighter and more energetic these days even after consuming a full plate of pasta and chocolate cheesecake for dessert.

Castle Rock, Maine has seen more than its fair share of supernatural oddities as the scene of many of King’s works.  The small town setting feels genuine and familiar.  Scott eats at the local diner, tries to make friends with his new lesbian neighbors, hands out candy at Halloween, and signs up for the annual Thanksgiving Turkey Trot.  He’s just a regular guy with a puzzling condition, one that he’d rather keep to himself.  What use is there in being poked and prodded by some specialist?

Stephen King seems to write as effortlessly as he breathes, and this small volume may simply have tumbled out of his stream of consciousness.  This is not to say that Elevation is not well-written.  The plot is brief but tight, and the characters spring to life fully developed with just a few strokes of King’s proverbial pen.  At a mere 146 pages, (and small, widely spaced pages at that,) King has crafted a fine story showing the strength of friendship and community.
Posted by BPL Ref at 9:05 AM