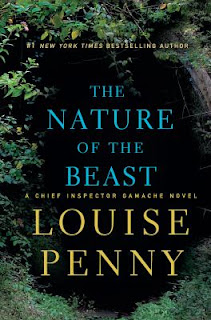 This week, our meeting began with The Nature of the Beast, another Chief Inspector Gamache book by Louise Penny.  Now living in Three Pines, Quebec, with his wife, Armand Gamache has adapted to village life and he has learned to take nine-year-old Laurent Lepage’s stories with a grain of salt.  But when Laurent suddenly disappears, Gamache is faced with the very real possibility that Laurent’s stories might not have been tall tales after all—and a very real, very sinister monster has set down roots in his new hometown.  According to our reader, Penny’s novel was very good.  It has threads of a traditional mystery, but, he pointed out, “it fools you.”   He said the resolution was nothing like he expected.

Our reader also explored NASA Space Shuttle  Manual:  An Insight into the Design, Construction, and Operation of the NASA Space Shuttle by David Baker.  The NASA Shuttle, which flew nearly 140 missions by the time of its retirement in 2011, has a long and storied history—and David Baker explains just how the Shuttle came to be, how it operated, how it was built, and how it served a multitude of purposes throughout its tenure at NASA.  Our reader said it was an excellent book, because it details the entire development of the Shuttle and, more importantly, offers excellent illustrations to really help readers view the project down to the tiniest details. 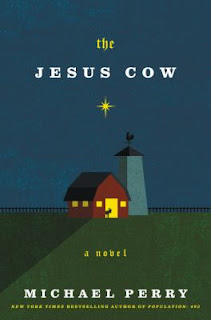 Another reader shared The Jesus Cow by Michael Perry.  Perry, who typically writes nonfiction, crafts a humorous tale about a low-key farmer, named Harley Jackson, who receives the shock of his life on Christmas Eve:  a calf is born with the image of Jesus Christ emblazoned in his fur—and Harley, confronted with a multitude of other challenges, isn’t sure what to do.  According to our reader, The Jesus Cow is a hilarious story with a heart of gold.  “It’s such a good story,” she said, which she found appropriate for this time of year. 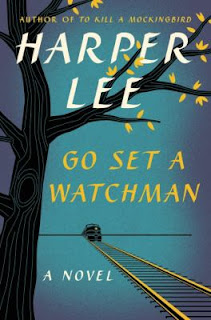 Our readers also looked back at Go Set a Watchman by Harper Lee.  In a previous meeting in August, Lee’s new novel—which finds Jean Louise Finch (who is best remembered as young, rebellious Scout) returning to Maycomb County, confronting a number of drastic changes in her tiny hometown and her father, Atticus Finch—received some mixed reviews.  However, in our most recent Nevermore meeting, our reader said she really liked Go Set a Watchman.  She loved reading about Scout’s childhood stories, loved the glimpses of small-town life Lee offered, and she highly recommended reading it:  “You don’t have to like the topic, but it’s worth reading.” 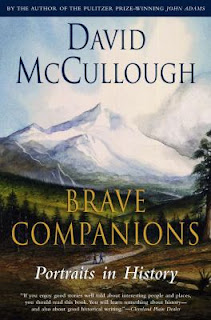 Next, our readers examined Brave Companions:  Portraits in History by David McCullough, bestselling author of Truman and John Adams and The Wright Brothers.  McCullough, who is best known for his forays into history, explores some of the most oft forgotten names in American history.  From Alexander von Humboldt—who, as a contemporary of Meriwether Lewis and William Clark, explored North and South America extensively—to Harriet Beecher Stowe to Harry Caudill, McCullough sheds new light on these forgotten (sometimes, neglected) figures by writing short “sketches.”  Our Nevermore reader was absolutely thrilled with Brave Companions, saying he didn’t think McCullough was capable of writing a poor paragraph. 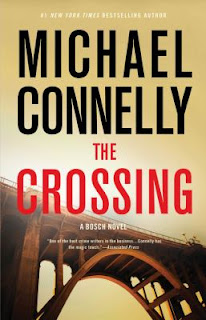 Last, our readers looked at an audiobook by Michael Connelly called The Crossing.  Recently published in November as part of his ongoing Detective Harry Bosch series, The Crossing chronicles Bosch’s investigation as he helps his half-brother, Mickey Haller, uncover a killer—and, whether it’s Mickey’s client or not, Bosch has dedicated himself to uncover the truth.  But as Bosch pursues his line of inquiry, he discovers the prosecution doesn’t have a faultless defense and, worse, the killer he’s pursuing might be chasing him.  Our reader said Connelly’s novel was so, so good.  Although it was full of the usual tropes found in suspenseful novels—such as a lawyer who never loses, a detective unexpectedly pulled out of retirement—she said it was an excellent novel.
Posted by BPL Ref at 11:21 AM