Halloween Treasures You May Have Missed

There are lots of lists of classic horror tales, of the newest horror tales, of best-selling horror tales, but there are still some good books by well-known authors which don’t show up on the usual lists. Here are some that deserve to have a wider audience: 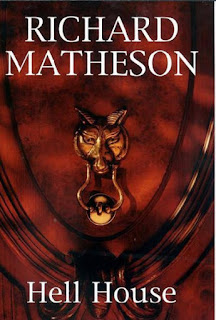 Legend of Hell House by Richard Matheson is also known simply as Hell House or Richard Matheson’s Hell House. A wealthy man on his deathbed wants proof of life after death. He sends a group of people including two mediums and a physicist to Belasko House, a place rumored to be haunted by the malevolent spirit of its former owner. This book kept me up for nights after I read it back in high school. I don’t know if it would scare me quite so much today but I’m not willing to take the chance. I need my sleep.

(Matheson is also the author of the cult classic vampire novel I Am Legend and the time travel fantasy Somewhere In Time. He also wrote a number of scripts for shows like Twilight Zone, including “Nightmare at 20,000 Feet” which to this day keeps airline passengers peeking at the plane’s wings, hoping NOT to see a gremlin.)

Thanks to the HBO series, George R.R. Martin is reaching a whole new audience who come to the library for his epic fantasy novels. What many don’t realize is that Martin was writing long before Game of Thrones and has other wonderful novels. One of these is Fevre Dream. Set in 1857, a steamboat captain is contacted by a gentleman who offers him the dream of a lifetime: construction of a steamboat which will be the greatest on the Mississippi: larger, faster, and more luxurious than any other. The boat is duly built, but questions soon arise about the gentleman and his unusual assortment of friends—none of whom seem to venture out in daylight. (A quick plug for another Martin book: Tuf Voyaging, about a space-going environmental engineer who specializes in collecting animal species and genetic engineering. Tuf is a bit of a rare creature himself: an honest man.) While you wait for Winds of Winter, give these a try! 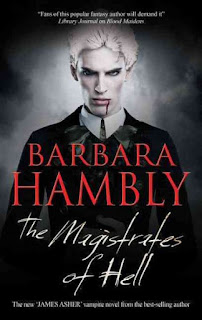 Barbara Hambly has written in a number of genres, including mystery, historical, science fiction and fantasy. She’s best known for her Benjamin January mystery series set in Louisiana in the 1830s, but she’s also the author of the James Asher series of vampire novels. Asher is a professor and former secret agent who is contacted by Simon Ysidro who wants Asher to investigate the murders of several London vampires. He encourages Asher’s cooperation by threatening Asher’s wife. The first book in the series is Those Who Hunt the Night, followed by Traveling with the Dead, Blood Maidens, and Magistrates of Hell. Hamby does a superb job of evoking places and time as well creating exciting stories with memorable characters.