Ghosties and ghoulies and long-legged beasties 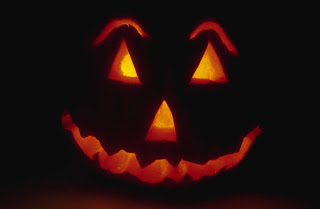 "From ghoulies and ghosties and long legged beasties
And things that go bump in the night,
Good Lord deliver us."
﻿variously attributed as a Cornish, Scottish or Irish prayer

There’s something about the chill in the air, the falling leaves, and the ever-early evenings that makes people want to read something spooky. Here are some true creepy classics:


“The Monkey’s Paw” by W.W. Jacobs was written in 1902 but a hundred and ten years later it can still chill. A couple is given a charm which will grant them three wishes. . . but each wish comes with a cost.

“The Black Cat” by Edgar Allen Poe gives me the screaming meemies. I can’t tell you much about it because I really just don’t like to think about it. Most anything by Poe is a good read this time of year.

“The Screaming Skull” by F. Marion Crawford is a first person narration by a man who has an unusual little souvenir, the skull of an acquaintance. He may also have given someone the idea for a murder.

H. P. Lovecraft shows up on a lot of lists of seminal horror authors, having influenced folk from Stephen King to Neil Gaiman. Try “Rats in the Walls” or “The Dunwich Horror” to get an idea of his work.

He doesn’t sparkle and he’s not exactly high school age, but Dracula by Bram Stoker really started something. His book wasn’t the first tale to feature a vampire, but somehow Stoker’s Count from Transylvania captured the public’s imagination. There have been innumerable sequels, retellings and crossovers with other characters (Sherlock Holmes in particular) which just goes to show you can’t really keep a good vampire down. As sequels go, a personal favorite is Fred Saberhagen’s An Old Friend of the Family.

Of course, the other great influential classic is Frankenstein by Mary Shelley.  People tend to forget it's named for the scientist and not for his creation, which begs the question as to who is the real monster.  This story too is still going strong in films like Frankenweenie, on stage, and in books by authors like Dean Koontz.

Finally, if I had time to curl up and reread some good books before All Saints’ Day, here’s what I’d choose:

• It’s dark. The wind shakes the dead leaves and causes the bare branches to wave. Two young boys heading home after school come upon a carnival that seems not quite right. . . . Something Wicked This Way Comes by Ray Bradbury

• A young lawyer is sent to settle an estate in an isolated English village. He doesn’t believe in ghosts. He will by the time he leaves. And no, the movie ending isn’t the same. Try The Woman in Black by Susan Hill.

• At a Halloween party, a young girl brags that she once saw a murder. Most people don’t believe her, but apparently one person does: the girl is found drowned in the apple-bobbing tub. Clearly, this is a case for Hercule Poirot in Agatha Christie’s Hallowe’en Party. 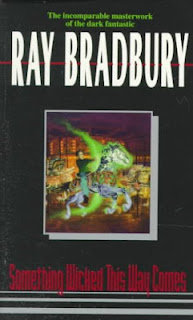