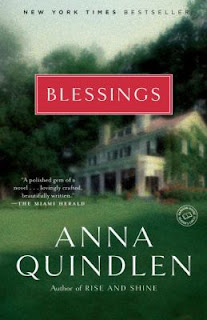 Blessings by Anna Quindlen was our first book reviewed this week.  A baby is left at the doorstep of the estate of the elderly Lydia Blessing late one night.  The arrival of the baby sets off a series of events in the household that reveal long-hidden secrets and tragedies of past and present, as well as redemption and healing.  Our reader said that this novel, set in modern times, was a great book and that she could hardly put it down. 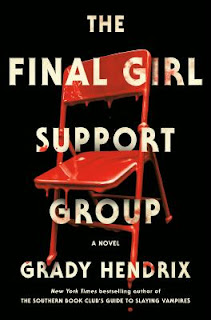 The Final Girl Support Group by Grady Hendrix was our irreverent second novel reviewed this week.  Hendrix, who also wrote the Southern Book Club’s Guide to Slaying Vampires and My Best Friend’s Exorcism brings his sense of wit and horror to a story about Lynnette Tarkington, a young woman who has survived a massacre.  She meets weekly with other survivors who are trying to put their lives back together – until one goes missing.  Our reader said that this book was laugh-out-loud funny in places and nail-bitingly scary in others.  If you like to read books that have a strong nostalgia streak to them, but don’t take themselves too seriously, this may be a great choice! 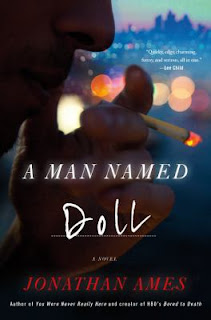 A Man Named Doll by Jonathan Ames introduces us to Happy Doll, a retired Navy Seal/LAPD officer turned part-time private eye/part time security guard at a Thai massage spa.  Happy, who prefers to go by “Hank,” is  charming but somewhat inept and has a tendency to act first and ask questions later.  This leads to trouble when one of the spa customers gets out of control and Happy intervenes with disastrous results that simply lead to more disasters.

Dude? Where’s My Walking Stick? is a memoir by Kevin Moore, recounting his trek across 1300 miles of  the Southern Alps – a formidable set of mountains on the southern island of New Zealand.  Unprepared and over-confident, Moore spent 69 days on the trail, traversing streams, valleys, mountains and fields, and making life-long friends along the way.  Our reader loved this book about hiking the beauty of New Zealand and finding one’s self on the journey.

When I Fell from the Sky by Julianne Koepcke

The Four Tendencies by Gretchen Rubin

The Angel Makers by Jessica Gregson

Buttons and Blows by Gayle Leeson

Kill the Queen by Jennifer Estep

Heart of Joy:  The Transforming Power of Self-Giving by Mother Theresa and Jose Luis Gonzalez-Balado

The Wind in the Willows by Kenneth Grahame

Bring Your Baggage, and Don’t Pack Light by Hellen Ellis

The Flatshare by Beth O’Leary