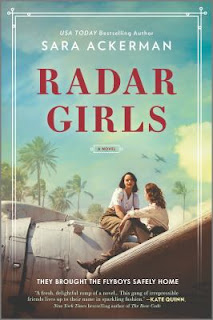 Radar Girls by Sara Ackerman is a historical novel set in World War II in the Hawaiian Islands.  While this book is fiction, it is based on the true story of the women of the Women’s Air Raid Defense – the only civilian organization used by the military to replace men in active duty.  Daisy Wilder is a young, carefree woman who volunteers for the WARD project in the aftermath of the attack on Pearl Harbor.  Overcoming resistance and sexism by the military brass, Daisy and the other women come together to help land planes at blackout airstrips, monitor unknown aircraft around the islands, and set aside their differences to save their loved ones on the front line.  A tale of perseverance, heroism and sisterhood, our reader loved this book, and found it engrossing and enlightening.  A recommended read! 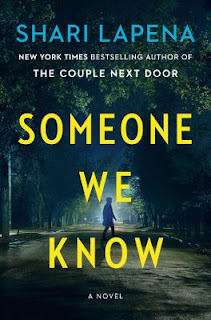 Someone We Know by Shari Lapena is a thriller by the award-winning author of The Couple Next Door.  A mischievous teen breaks into the neighborhood homes and computers for the fun of it, not causing any harm.  Then a beautiful young wife has goes missing and is found murdered.  The teen’s fingerprints are all over the dead woman’s home as well as other homes in the area.  His mother and other ladies start investigating and discover that their seemingly charming, quiet neighbors are anything but.  Secrets come out, lies are revealed, and lives are forever altered.  Our reader quite enjoyed this taunt thriller, stating that it took a little while for her to figure out what was going on, but once she did she really enjoyed this book. 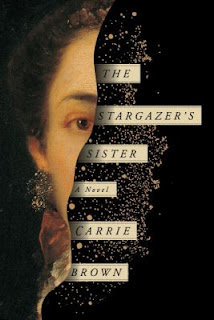 The Stargazer’s Sister by Carrie Brown is a historical novel set in eighteenth-century Germany and England and but is based on true events.  Caroline Herschel is the sister of composer and astronomer William Herschel and is an astronomer in her own right before women astronomers were accepted.  Caroline, or Lina, as she is known, is treated as the family’s drudge maid until William brings her to England to run his household.  Devoted to her brother, she does so with fervor and precision for years until William announces that he is going to be married.  Caroline Herschel was an accomplished scientist and astronomer in her own right, becoming the first woman in the United Kingdom to hold a governmental job, and was the first woman to receive a salary as a scientist.  Brown fills in the gaps in the historic record of Caroline’s life with elegant prose and imagination.  Our reader thoroughly enjoyed this book about a little know, but greatly important woman and highly recommends it. 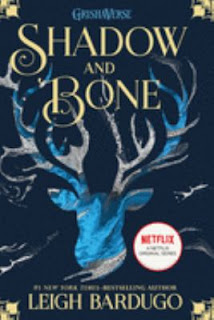 Shadow and Bone by Leigh Bardugo is a young adult fantasy novel, and the first book in the Shadow and Bone trilogy which includes Siege and Storm, and Ruin and Rising.  Our reader recommends this book as being much better than the current Netflix series.  The story follows Alina who is an orphan, and her friend Mal.  These young children are tested for magical abilities, and recruited into the Grisha – the country’s elite magical military force.  When Alina unleashes a magical force she did not know she had, her history starts to become clear, and her future (and that of her country) becomes endangered.  Our reader stated that this novel is really good, and very much enjoyed the detailed, imaginative world created by the writer.

Postal Seance: A Scientific Investigation into the Possibility of a Postlife Postal Existence by Henrik Drescher

Dog On It by Spencer Quinn

What Alice Forgot by Liane Moriarty

The Little Regiment by Stephen Crane

The Maidens by Alex Michaelides

What a Dog Knows by Susan Wilson

The Dog I Loved by Susan Wilson

To Be Taught, If Fortunate by Becky Chambers

Some We Love, Some We Hate, Some We Eat by Hal Herzog

The Man with the Silver Saab by Alexander McCall Smith

The Women's March: A Novel of the 1913 Woman Suffrage Procession by Jennifer Chiaverini