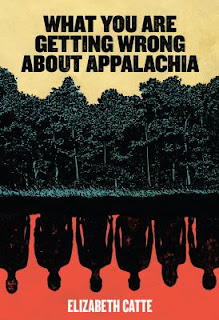 Small but mighty, our first book this week was What You Are Getting Wrong About Appalachia by Elizabeth Catte.  This book dissects the stereotypes of the “forgotten Appalachian” communities and examines the historical reasons why this area has been “othered” in the media.  A powerful rebuke to the bigotry that has been used to portray Appalachia throughout the years, our reader definitely recommended this book. 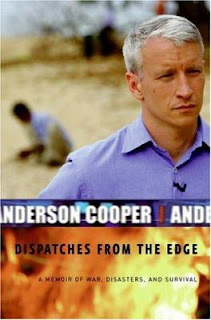 Next up was Anderson Cooper’s memoir, Dispatches from The Edge.  In this unblinking look at his life Cooper talks about the traumas that he has been through and how they have driven him both personally and professionally – and how the two are intertwined.  The son of designer and heiress Gloria Vanderbilt, Cooper learned early that tragedy can strike even the most fortunate:  his father died when Cooper was 10 and a decade later his older brother committed suicide.  These events lead Cooper to journalism, so that he can tell the stories of how people around the world deal with trauma when the order of their lives is turned upside down.  Our reader found this memoir to be both moving and informative and recommends it.

Our next book is a historical drama based on a mysterious meeting. Copenhagen by Michael Frayn tells a somewhat fictionalized story of the actual meeting between two giants of physics, Niels Bohr and Werner Heisenberg, friends who were on opposite sides during World War II.   Heisenberg, a German physicist, made a clandestine trip to Copenhagen in December of 1941 to visit his friend and mentor Niels Bohr.  This play examines intersection between physics, metaphysics and the human condition, set against the development of the atomic bomb during World War II.  Our reader said this was very well written,  and the critics agreed--it won the Tony Award in 2001 for Best Play. 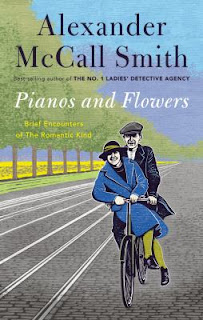 The next book was lighter fare: Pianos and Flowers by Alexander McCall Smith.  This fun book was a collaboration between Smith and the Sunday Times Newspaper.  The Times gave Smith pictures from old issues which Smith used to create the 14 short stories in this book.  The stories are purely fiction, but are about the common everyday Scottish people captured in time by the photos. Our reader thought this book was delightful and highly recommends it. 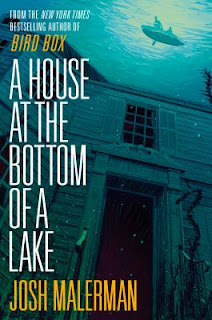 Next up was A House at the Bottom of the Lake by Josh Malerman.  This fairy-tale like novella tells the story of young lovers James and Amelia who discover a house, completely intact, sitting at the bottom of a hidden lake.  Why is it there and what does it mean to and about James and Amelia?  Our reader found this short book to be page turning worthy, and recommends it. 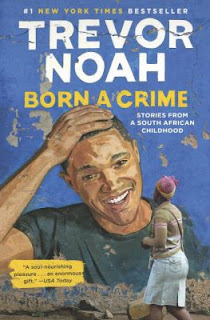 Our next reader reviewed Born a Crime: Stories from a South African Childhood by Trevor Noah.   This autobiography details Noah’s growing up in South Africa during the apartheid era when he literally was a crime – his father was white and his mother black and therefore he was considered “mixed race.”  Noah writes in detail about his mother, Patricia Nombuyiselo and how her stubbornness, fierceness and extraordinary teaching skills helped him navigate growing up in a country that was in constant turmoil and awash in poverty and violence.  This New York Times Bestseller was highly recommended by our reader.

Email ThisBlogThis!Share to TwitterShare to FacebookShare to Pinterest
Labels: Appalachia, Born a Crime, Catte, Cooper, Copenhagen, Dispatches from the Edge, House at the Bottom of the Lake, Malerman, McCall Smith, Noah, Pianos and Flowers