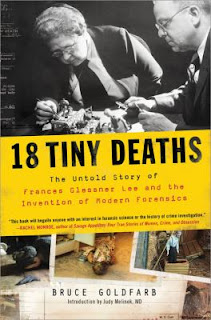 Beginning with a morbid theme – perfect for October — our first reader enjoyed Eighteen Tiny Deaths: The Untold Story of Frances Glessner Lee and the Invention of Modern Forensics by Bruce Goldfarb. Born in 1878 to wealthy parents, Lee was highly intelligent but was not permitted higher education. Lee married, had three children and got divorced, which at that time was scandalous. Her brother, sent to Harvard by their father, befriended another man who became a medical examiner. The three were tight friends, and the medical examiner would tell Lee about some of the crimes that he was helping investigate. He was very frustrated because they couldn’t solve the murders:  the evidence was not preserved correctly and there were no standards of investigation. Lee was very interested in making dioramas, which was a popular hobby at the time. Inheriting money after her parents’ death, she invested in a crime school. In her 60s she started making dioramas of the crime scenes that her medical examiner friend would tell her about. The dioramas were created with an incredible detail level of detail at 1/12th scale. Our reader says that the pictures of Lee’s dioramas are fantastic, all the way down to a little bloody handkerchief on the floor. Now known as the “Mother of Forensics,” Lee’s dioramas were used for teaching, observation, and are still in use today. All of her doll-house dioramas are based on true cases, and some of them are now on display in the in the Smithsonian. Lee called these dioramas “Nutshell Studies of Unexplained Death”, where their purpose was to “convict the guilty, clear the innocent and find the truth in a nutshell.”

Also reviewed was The Best of Women’s Short Stories which was found to be a very interesting audio book. The collection includes older stories, the themes of which our reader found surprising, especially the story by Louisa May Alcott. This was Volume 3 in the series, and our reader liked it so much, she plans to go back and listen to the others. 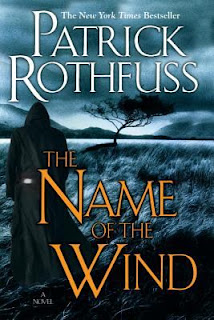 Another book reviewed by this busy reader was The Name of the Wind by Patrick Rothfuss.  It is a science fiction/fantasy book and follows the story of Kvoth. As a child, Kvoth is in a travelling wagon doing plays with is families until his family get killed by a group of magical creatures. The story continues to follow his life growing up with nothing, stealing and robbing in order to survive. The author uses a lot of mythological characters and themes in his writing, which our reader found intriguing. 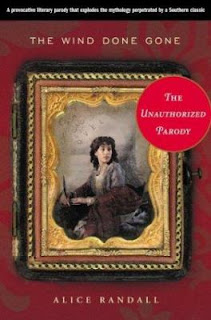 Next up was The Wind Done Gone by Alice Randall. This humorous book is an unauthorized parody of Gone with the Wind, from the viewpoint of Cynara, Scarlett O’Hara’s half-sister by Scarlett’s father and the mammy of the house.  Scarlett is born at the same time, but to the lady of the house and is referred to simply as “The Other.” The Other is treated better than Cynara due to their social standing and skin color.  Cynara is sold to another plantation when she is very young. Our reader points out one passage that struck her in particular:  when Cynara was standing bare breasted on the auction block, and how that moment impacted Cynara for the rest of her life. Sold to a local farmer, Cynara catches the eye of R, the man of the farm, and becomes his mistress. Our reader also pointed out the beauty of the letters that go back and forth between R and Cynara. Overall, she found this book to be very well written, recommends it and really enjoyed reading it.

The themes of slavery continues with our next book:  The Hundred Wells of Salaga by Ayesha Harruna Attah. This book describes the devastating effects the slave trade had on African communities, following the lives of two women, Aminah and Wurche – one poor and one noble. Aminah is picked up in a slaving raid and is marched to the Ivory Coast to be sold. Along the way another black person buys her for his farm. She stays there for a little while, but she gets back to Salaga where the slave trade is going on and is bought by Wurche and lives in her compound. The story is about their lives and how while different, they are both enslaved by what is going on in Africa at that time. The book does a very good job of describing how complex the Ghanaian society was at that time and how broken it had become. Attah is from Ghana herself, and our reader says that this, her third novel, is very good. 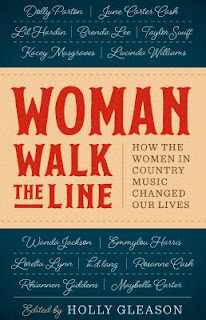 Our final reader discussed Woman Walk The Line: How the Women in Country Music Changed Our Lives edited by Holly Gleeson.  This book is a series of essays by women connected to the music industry about the great women who influenced the genre, including one by Alice Randall (author of the previously mentioned The Wind Done Gone.) The writers of the essays talk about the women in country music who they admire and how their songs have affected their lives. This book is a Radio Bristol Book Club pick and will be discussed on-air on November 19, 2020. Listen at 100.1 FM or stream online at https://www.birthplaceofcountrymusic.org/radio/