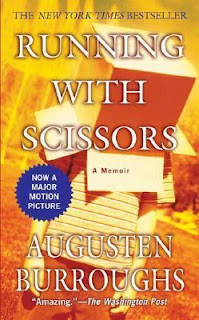 Running with Scissors by Augusten Burroughs has been a popular selection for various Nevermore readers over the past few years.  Burroughs had a most unusual upbringing because of his mother’s mental health issues.  At one point, his mother’s psychiatrist even took the young boy into his own home, which evolved into another bizarre circumstance.  Our reader said that the memoir was difficult to read because of the hurtful themes throughout. 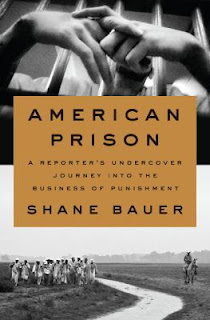 Journalist Shane Bauer has written an insightful book about incarceration in the United States, American Prison: A Reporter’s Undercover Journey into the Business of Punishment.  Looking into the for-profit prison industry, Bauer applied for and obtained a position at a private prison in Winnfield, Louisiana.  After four months, he wrote an exposé that won a National Magazine Award.  Prisoners were not always fed and usually did not receive proper medical care.  Our reader found the book a thoughtful work that really showed the true faces of inmates under inhumane conditions. 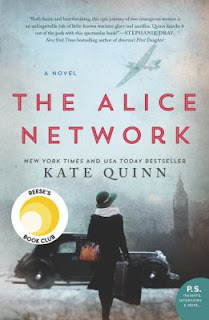 The Alice Network by Kate Quinn brought Nevermore to fiction as it tells two stories in different war-torn time periods.  During the Great War, Eve desperately wants to help defeat the Germans.  Trained as a spy, she dives into a world of intrigue and danger.  After the Second World War, American co-ed Charlie finds herself pregnant and is sent to Europe.  The girls’ stories are intertwined chapter by chapter and portrayed in a very realistic manner which impressed our reader. 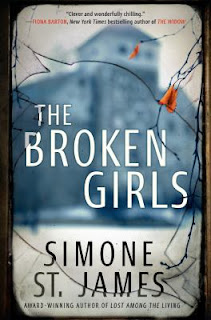 Another reader jumped into The Broken Girls by Simone St. James, a tale of unwanted girls who are sent to a Vermont boarding school called Idlewild Hall in 1950.  Fast forward to 2014 when journalist Fiona Sheridan decides to write a story about the school’s upcoming restoration.  Skeletons topple out of closets as Fiona digs into the past with a very pointed interest, as her own sister’s broken body had been discovered near the school.  Our reader found this a very good book with strong characterization as each girl’s story is told.

From murder mystery to true crime, our next reader investigated Blood & Ivy: The 1849 Murder that Scandalized Harvard by Paul Collins.  Noted as one of the first uses of medical forensics, this case ripped the town apart with scandal.  Some townspeople had the attitude that “he couldn’t have murdered someone—he’s a HARVARD MAN” while others believed that evil could sprout anywhere.  Our reader found it sociologically interesting and was rather pleased with the resolution and who solved the crime in the end. 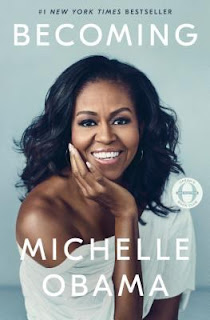 Finally, former First Lady Michelle Obama’s Becoming was thoroughly enjoyed and praised.  While some current political concerns are addressed, the main point of the memoir is to express how an African American girl in a working class family from the south side of Chicago was able make a difference in the world.  Beginning with her childhood, moving through her education and life as a young lawyer and advocate, then on to marriage and a growing family, Ms. Obama shares many intimate details of her life as a sometimes headstrong but compassionate woman.  Our reader called it a really sweet book.
Posted by BPL Ref at 9:05 AM